The newly formed Institute of Teaching and Research in Ayurveda (ITRA), which the PM inaugurated through video conferencing, has been accorded the status of an "institution of national importance" (INI). 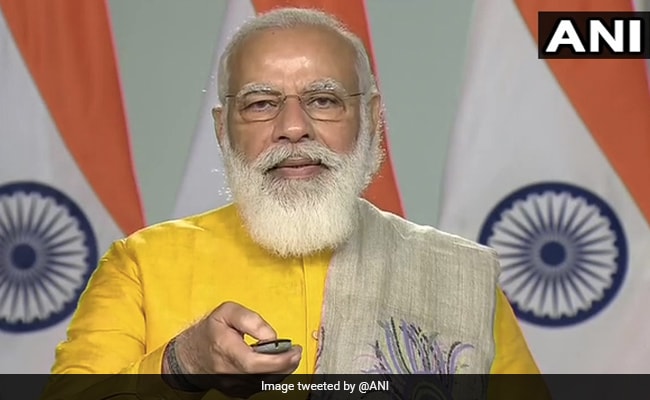 Ayurveda Day: PM Modi inaugurated the Institute of Teaching and Research in Ayurveda

Prime Minister Narendra Modi today dedicated to the nation an Ayurveda teaching and research institute in Gujarat's Jamnagar that will offer a range of courses and forge inter-disciplinary collaborations to give a contemporary thrust to the ancient medicine system.

The newly formed Institute of Teaching and Research in Ayurveda (ITRA), which the PM inaugurated through video conferencing, has been accorded the status of an "institution of national importance" (INI).

ITRA, situated in the Gujarat Ayurveda University campus in Jamnagar city, was created through an Act of Parliament recently.

It was formed by merging a cluster of four Ayurveda institutes at the university campus.

In September, Parliament had passed a Bill for creation of ITRA and conferred it the status of an "institution of national importance".

ITRA is the first institute to enjoy this status in the AYUSH (Ayurveda, Yoga & Naturopathy, Unani, Siddha and Homoeopathy) sector, said a release by the Press Information Bureau.

"ITRA will be the first institution with INI status in the AYUSH sector, and this will enable the institution to be independent and innovative in the matter of deciding course content and pedagogy," said the release.

"The decision comes at a time when global interest in health solutions based on traditional wisdom is at an unprecedentedly high level and ITRA is poised to take Ayurveda education to new vistas," it added.

A release by the Ministry of AYUSH stated that ITRA will have autonomy to upgrade standards of Ayurveda education.

"It will offer courses as per national and international demand and forge inter-disciplinary collaborations to give a contemporary thrust to Ayurveda," said the release.

The Gujarat Ayurveda University was established in 1967 by an Act of the state Assembly.

It is the first statutory University of its kind both at national and international level - exclusively devoted to Ayurvedic studies and research, said a release by the state government.

"This university is an autonomous organisation fully financed by the Gujarat government.

"The university looks after the management of the institutes and colleges situated in the campus along with conducting examinations of degrees/diplomas awarded by the university," it added.