The mosque truest met on Sunday and said they discussed the programme and issues like the delay in getting clearances from the Income Tax Department and those for receiving foreign contributions. 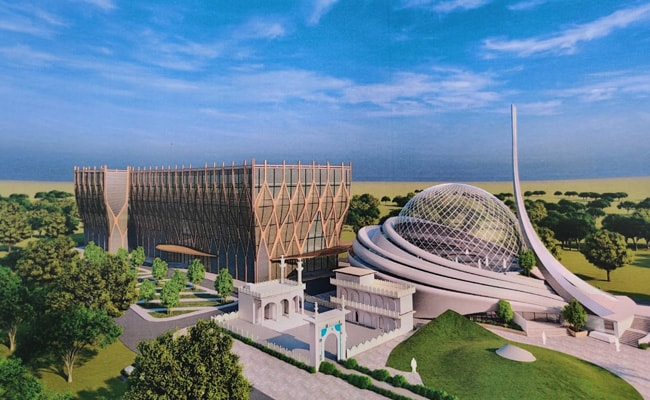 The IICF unveiled the design of the new Ayodhya mosque last month.

A tree sapling plantation drive and raising of the national flag will mark the formal beginning of the project to construct a mosque at Uttar Pradesh's Ayodhya set to be built following the landmark Supreme Court verdict that facilitated the construction of a temple at the Ram Janmabhoomi site and a mosque in the same district, officials announced on Saturday.

The Indo-Islamic Cultural Foundation (IICF) trust, which will build the mosque on a five-acre plot away 25 km away from the spot where the temple will be built, said it was planning a ceremony to mark the beginning of the project on January 26 at 8:30 am.

The nine trustees of the foundation held a meeting on Sunday and said they discussed the programme and issues like the delay in getting clearances from the Income Tax Department and those for receiving foreign contributions.

The tree plantation drive has been planned because the project intends to serve the community in the area and create awareness about climate change as a major challenge to humanity, the IICF said in a news release.

"As envisaged in the project, a green area will be developed to have plants from all over the world from Amazon rainforest to areas having bushfires in Australia and from all different geographical regions of India to create awareness for imminent threat of climate change," it said.

The group said it will also apply for getting the construction plan, which includes a hospital, museum, library, community kitchen, Indo-Islamic cultural research centre, a publication house, cleared by the Ayodhya District Board and start the soil testing process.

Last month, the IICF had unveiled the futuristic design of the mosque, incorporating a massive glass dome across a picturesque garden. The hospital building with an elegant design is seen behind the mosque.

The construction of the new mosque was taken up after the Supreme Court of India in November 2019 brought the curtains down on the long-standing religious dispute over the site in Ayodhya, saying it belonged to Lord Ram.