Former Supreme Court judge Madan B Lokur said that the court had laid down the sedition law clearly and cogently in 1962 itself, yet authorities have found various ways of "weaponising" the sedition laws. 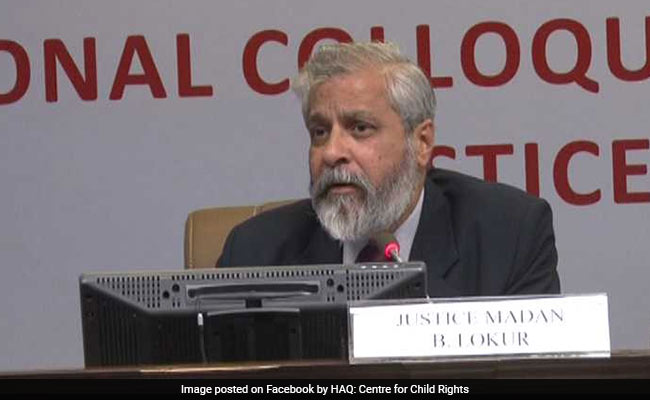 Law is being misused to curb free press and speech, former Supreme Court judge Madan B Lokur said. He said that "a lethal cocktail of use and misuse of law" is being used to impact adversely the liberty of all those who dare to speak up.

The former top court judge was especially critical of "weaponising" of the sedition laws, "abuse" of prohibitory orders and blanket shutdown of the Internet.

Justice Lokur was delivering the 2020 B G Verghese Memorial Lecture on "Preserving and Protecting our Fundamental Rights -Freedom of Speech, Expression and the Right to Protest", organised by the Media Foundation.

Besides, the Foundation also presented the 2019 Chameli Devi Jain Award to women for outstanding journalism.

This year, the award was shared by Arfa Khanum Sherwani of ''The Wire'' and Rohini Mohan, a Bengaluru-based independent journalist. Rukmini S, an independent data-journalist from Chennai, received an "honorable mention."

In his lecture, Justice Lokur said, "One of the worst forms of curtailment of the freedom of speech is charging a person with sedition."

He pointed out that the Supreme Court had laid down the sedition law clearly and cogently in 1962 itself, yet authorities have found various ways of "weaponising" the sedition laws.

Justice Lokur was among the four senior top court judges who held the controversial January 12, 2018 press conference against the then Chief Justice of India Dipak Misra.

While talking about the new methods of "silencing speech", he said these include attributing to a speaker something he or she never said and then instituting punitive proceedings against that person.

He also referred to several cases, including that of the preventive detention of doctor Kafeel Khan, and said "almost every procedure known to law was violated" by the detaining authorities.

Kafeel Khan was arrested in January this year on the charge of delivering a provocative speech at the Aligarh Muslim University (AMU) during the anti-Citizenship (Amendment) Act (CAA) protests. The Allahabad High Court ordered his release on September 1.

Justice Lokur also talked about the arrest of Pinjra Tod member Devangana Kalita in a Delhi riots case, and said that any citizen "can be arrested on the basis of a fairy tale and will have to go through a long-drawn process for being set free".

He said that the law is always to be interpreted objectively, but of late, subjective satisfaction has taken over and the consequences are unpalatable.

The former top court judge, who retired in December 2018, alleged that the use of Section 144 of CrPC to "keep the media out of the Hathras gangrape rape area is nothing but an egregious violation of the freedom of the press through a bizarre abuse of law."

He said that the frequent internet shutdowns through "blanket orders under the guise of preventing breach of peace" were a highly disproportionate response.

"Fundamental right to free speech is extremely important for any civilised democracy," Justice Lokur said, adding that authorities are obliged to ensure that the laws are not twisted, misused or abused in such a manner that citizens get deprived of their liberties.

He advised the "establishment" to understand that "the people of this country mean well and as in any democracy, there are bound to be different points of view".

"These must be respected, otherwise, the fabric of our society might disintegrate...," he said.