The gallery had decided to return -- a pair of door guardians from the 15th century, from Tamil Nadu; and a sculpture of the serpent king, from Rajasthan or Madhya Pradesh 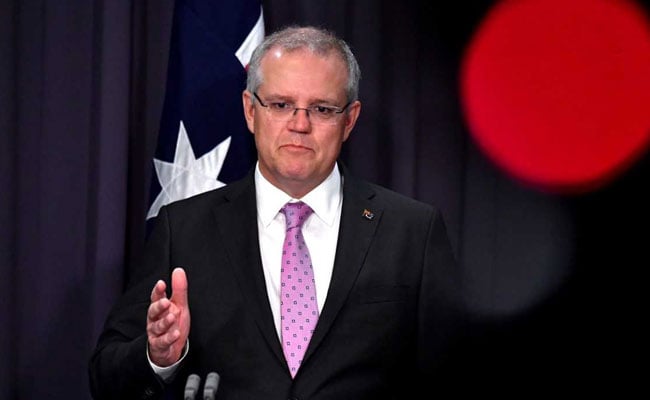 The artefacts were bought in good faith by the National Gallery of Australia from a New York-based art dealer who is currently under investigation, the Prime Minister's office said in a statement. Mr Morrison is due to visit India in January.

After extensive research, the gallery had decided to return the items: a pair of door guardians from the 15th century, from Tamil Nadu; and a sculpture of the serpent king, from Rajasthan or Madhya Pradesh, made in the sixth to eighth centuries.

"Like India, we understand the value of our ancient cultures and artefacts," Mr Morrison said.

"The return of these artefacts is the right thing to do. This is another demonstration of deep relationship between Australia and India."

Both India and Australia are party to the UNESCO 1970 Convention on the Means of Prohibiting and Preventing the Illicit Import, Export and Transport of Ownership of Cultural Property.

The move comes amid growing calls for repatriation of cultural artefacts from foreign museums, those looted as well as those taken with official sanction in previous times.

Athens has repeatedly called for the permanent return of the 2,500-year-old sculptures that Britain's Lord Elgin removed from the Acropolis temple in the early nineteenth century, when Greece was under Ottoman Turkish rule.

But the British Museum, custodian of the marbles, has ruled out returning them, saying "the sculptures are part of everyone's shared heritage and transcend cultural boundaries".