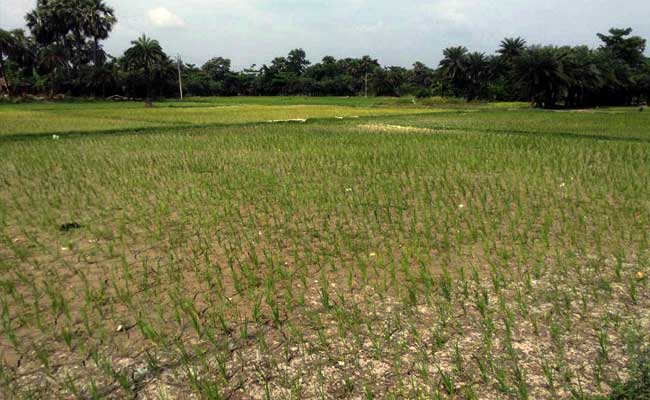 New Delhi: The month of August has recorded a monsoon deficiency of 22 per cent, highest in the season so far, India Meteorological Department (IMD) today said even as the overall deficit declined marginally to 11 per cent.

"This month, the deficiency was 22 per cent," said Laxman Singh Rathore, Director General of the IMD.

The Meterological department has already predicted 12 per cent deficiency. This year June witnessed excess monsoon of 16 per cent where as July recorded a deficit of 16 per cent.

The IMD has predicted an overall deficit of 16 per cent for August and September. With June witnessing an excess monsoon, it proved to be a good news for sowing. However, next month will be crucial for ensuring good food grain production. Indian Agriculture Research Institute (IARI), government's premier agri-research body today said the initial Kharif food grain production may fall below last year's level of 126.31 million tonnes if crucial September rains are not well distributed.

Overall, the country has recorded a deficit of 11 per cent until now with the southern peninsula witnessing the highest deficiency of 21 per cent followed by minus 10 per cent in central India. Some parts of the country, for instance, the Marathwada (minus 50) and central region (minus 40) of Maharashtra, north interior Karnataka (minus 43) per cent experiencing drought like conditions.