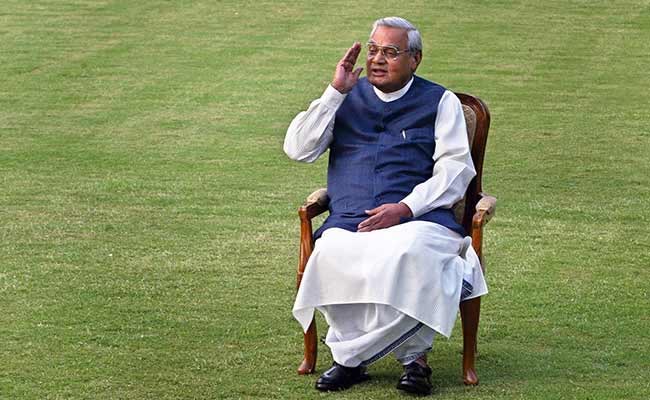 Mr Fadnavis made the announcement while paying tributes to Mr Vajpayee at a condolence meeting.

At the meeting, Mr Fadnavis also distributed urns containing ashes of the former prime minister to BJP leaders for immersion in 14 rivers in the state, including the Godavari, Panchaganga and Chandrabhaga.

"Atal-ji showed us the path of loving this country, doing something for it. We can pay homage to him by walking on that path," Mr Fadnavis said.

"The government will build a memorial for him in Mumbai," he said, adding that details will be worked out soon.

"Vajpayee gave first priority to the country, then to the party and then to the self. He not only talked but lived that ideology," Mr Fadnavis added.

"Vajpayee was not an economist, but he was aware of human development indices. He stressed social justice," Mr Fadnavis said.

Mr Naik shared his memories of Mr Vajpayee, particularly during the days leading to the BJP's formation, and talked about how the late leader was always concerned about common party workers.