At UN Rights Body, India To Rebut Pak On Jammu And Kashmir

Pakistan wrote to the United Nations last month, flagging what it called "massive violations of International Human Rights Law" in Jammu and Kashmir. 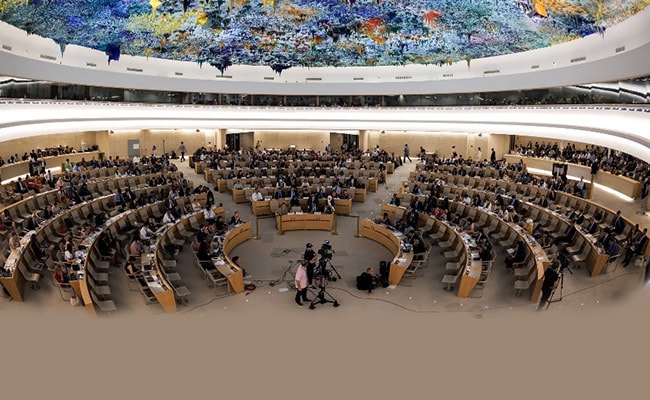 Pakistan, which has been making repeated unsuccessful efforts to flag Jammu and Kashmir at various international forums, today made a pitch at the UN Human Rights Council. The global body, it said, should investigate the situation in Jammu and Kashmir.

Pointing to the arrest of political leaders and the restrictions in Jammu and Kashmir, Pakistan minister Shah Mehmood Qureshi had also hinted at the consequences of such measures in a "nuclearised" Southeast Asia. India will address the meet at 5.45 pm and then both sides get time later in the evening for rebuttals.

The Indian delegation today is being led by Ajay Bisaria, the High Commissioner expelled by Pakistan as part of a five-point plan to downgrade ties with India, and Vijay Thakur Singh, Secretary East, who will be addressing the gathering.

The face-off between New Delhi and Islamabad is fallout of Pakistan's relentless campaign against the Centre's move to scrap the special status of Jammu and Kashmir and bifurcate the state into two union territories.

Pakistan wrote to the United Nations last month, flagging what it called "massive violations of International Human Rights Law" in Jammu and Kashmir. India said the letter was "not worth the paper it was written on".

Last month, Islamabad's efforts to gather support among the permanent members of the UN Security Council fell flat. At the closed-door meeting, the participating nations -- barring Pakistan's all-weather China -- had sided with India, agreeing that the changes in Jammu and Kashmir were an internal matter.

India has also rejected the remarks of Pakistan and its all-weather ally China on Kashmir, where they contended that Kashmir is a "dispute left from history" and the issue should be "peacefully resolved based on the UN Charter, relevant UN Security Council resolutions and bilateral agreements".