At SAARC, Pakistan Rebuffed by India Over This China Issue 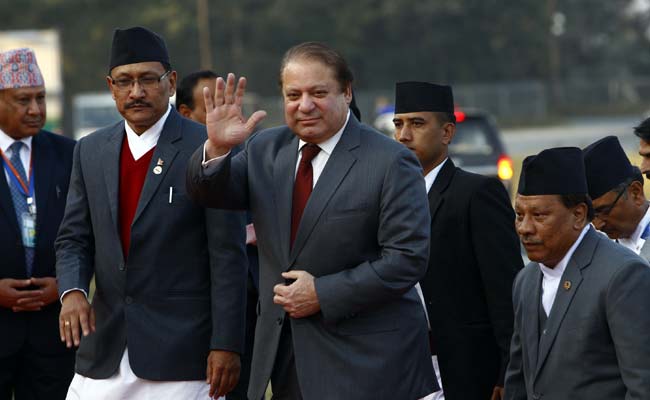 Pakistan Prime Minister Nawaz Sharif waves as he arrives at the Tribhuwan Airport to attend the SAARC Summit in Kathmandu. (Associated Press)

New Delhi: Prime Minister Narendra Modi and seven other South Asian leaders gathered for a summit in Kathmandu are meeting in a conference centre donated by China to its cash-strapped Himalayan neighbour Nepal 27 years ago.

In the decades since it built the modernist brick and glass hall, China has massively stepped up its presence in South Asia, supplying ports, power stations and weapons.

PM Modi and India have not welcomed Beijing's renewed suggestion that its status be raised from "observer" in the South Asian Association for Regional Cooperation (SAARC), in which India is presently the only major power.

Pakistan mooted the idea of upgrading China's and South Korea's status in the organisation at a meeting of SAARC foreign ministers on Tuesday. It was quickly rebuffed by India.

"We need to first deepen cooperation among SAARC, before we try and move it horizontally," an Indian Foreign Ministry spokesman said. He said several countries agreed.

Mr Modi's hope of using the group as a counterweight to China is unlikely to gain traction at the two-day Kathmandu meeting, with officials saying Pakistan is blocking deals to increase transport and energy connections.

China has sent Vice Foreign Minister Liu Zhenmin and is expected to make a statement during the summit.

The paper cited serving and former Nepali ministers expressing support for the proposal.

"China is also willing to elevate the level of its relationship."

The geographical limits of South Asia are not fixed - Afghanistan was included as a member in 2007, while Myanmar, which borders India and Bangladesh, merely observes. But the Himalayas are generally seen as dividing China from the subcontinent.
Comments
SAARC