At NITI Aayog Meet, PM Pitches For Clean Water To All Rural Homes By 2024

Water is typically scarce in the summer months, but the situation has been particularly grim this year in western and southern states that received below average rainfall in the 2018 monsoon season. 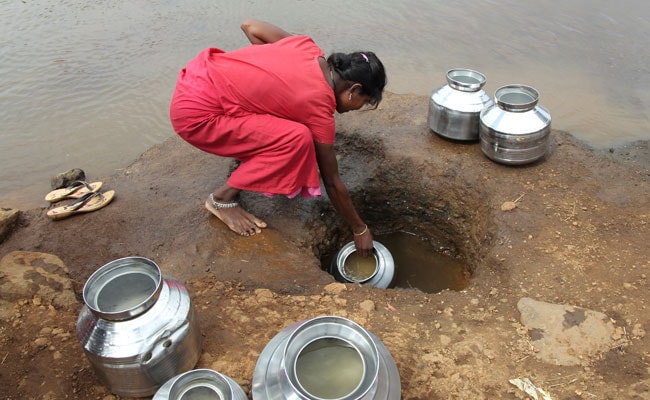 India's water demand is projected to be double its supply by 2030.

Prime Minister Narendra Modi said on Saturday that piped water will reach all homes in the countryside by 2024, setting a tough target at a time when hundreds of millions don't have access to clean water.

Water is typically scarce in the summer months, but the situation has been particularly grim this year in western and southern states that received below average rainfall in the 2018 monsoon season.

In his second term as prime minister, PM Modi last month clubbed various water ministries into a single portfolio to deal with related issues, including polluted rivers and the shortage of clean drinking water.

About 200,000 people die in India every year due to inadequate access to safe water, and 600 million face high to extreme water stress, the National Institute for Transforming India (NITI) Aayog said in a report last year, citing data by independent agencies. PM Modi is the chairman of NITI Aayog.

At a meeting of NITI Aayog's governing council on Saturday, PM Modi said India needs to prioritise and make appropriate interventions to solve its water problems, according to a government statement.

He said water conservation and irrigation both require a massive effort, based on public participation.

India's water demand is projected to be double its supply by 2030, and eventually shave 6% off gross domestic product, NITI said in the report.

PM Modi said the goal of turning India into a $5 trillion economy by 2024 was "challenging". The economy expanded 5.8% in January-March, its slowest pace in 17 quarters - falling behind Chinese growth for the first time in nearly two years.

Output in India's agricultural sector dropped 0.1 percent in the March quarter from a year ago.

PM Modi on Saturday announced the creation of a high-powered committee on reform in agriculture. As India depends on monsoon rains for the irrigation of most of its vast farmland area, PM Modi called for steps to tackle droughts.

About 54% of India's groundwater wells are declining, and 21 major cities are expected to run out of groundwater as early as next year, posing a threat to food security, according to the NITI Aayog report.

PM Modi last week wrote a letter to village heads urging them to join hands to construct check dams and embankments along river and streams, and building reservoirs among other measures to tackle the water crisis.