Like the Central government's scheme, the health scheme of the state government has also brought much benefit to the people, Ashok Gehlot said. 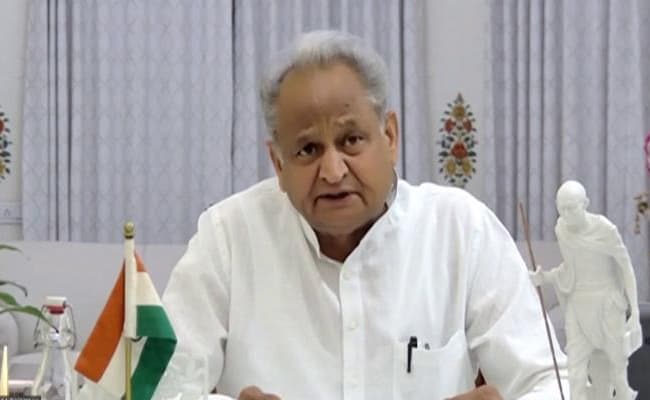 Asked about the Bhilwara model for Covid 19 containment during the pandemic, Mr Gehlot said, under the Rs 10 lakh insurance scheme, patients with heart issues will get treatment.

"Treatment is free for outpatients and in-patients. Tests are also free. We take care of the expenses even 15 days after discharge and 22 lakh people have been benifitted," he added.

Bhilwara, one of the biggest Covid hotspots, had controlled the Covid outbreak after the government launched an aggressive response.

Like the Central government's heath scheme, the health scheme of the state government has also brought much benefit to the people, he added.

Asked about the need to empower women, Mr Gehlot said empowerment of women is a priority and the state government has taken many steps in this regard.

"Around 1.35 crore women have been made heads, we are giving them smartphone and a project has been started," he said.

"Change is coming and Rajasthan is not behind," Mr Gehlot told NDTV.

The Rajasthan Chief Minister, embroiled till recently in the controversy over the Congress presidential elections, had pulled out earlier this week after a rebellion by his loyalists which had hugely upset the Gandhis and Central leaders.

On Thursday, after a meeting with party chief Sonia Gandhi, Mr Gehlot announced that he would not contest in the election, taking moral responsibility for the rebellion meant to keep his arch-rival Sachin Pilot out of power.