The blackbucks will be shifted to the Etawah Safari Park in another part of the state. 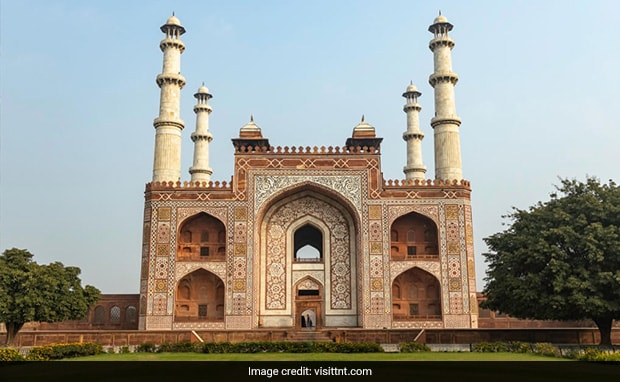 Shifting of blackbucks from Akbar's Tomb is necessary to avoid "inbreeding depression": Official

About 80 blackbucks that inhabit the grounds around Mughal emperor Akbar's tomb in Sikandra in Agra will now get a new home, an official said.

The blackbucks will be shifted to the Etawah Safari Park in another part of the state.

Maneesh Mittal, who is divisional forest officer, social forestry for Agra, said the area around the tomb is not a natural habitat of the antelope.

He added that the shifting of the animals is also necessary to avoid "inbreeding depression" - the blackbuck population around the tomb is derived from a single pair introduced there during the British period.

Maneesh Mittal said the Central Zoo Authority has given a no-objection certificate for the move.

The state's chief wildlife warden will conduct a review and, subject to his final permission, the translocation will begin in coordination with Wildlife SOS.

He said the blackbuck is covered by Schedule I of the Wildlife Protection Act, 1972.

Maneesh Mittal said a British officer introduced a pair of blackbucks, a male and a female, in the tomb premises. Over the decades, the animals multiplied and this inbreeding has weakened the antelope''s gene pool, he said.

He said some years back the Allahabad High Court, on a plea filed before it, directed the forest department to look into the possibility of shifting the blackbucks.

The forest officer said when the department started identifying a suitable habitat for the animal, its first priority was to look within Uttar Pradesh.

It decided on the safari park in Etawah considering the animal's natural habitat and the distance from Agra, as well as the monitoring facilities available at the park.

Maneesh Mittal said the Boma technique would be considered to shift the blackbucks. The technique involves chasing the animals through funnel-type fencing into an enclosure.