The number of deaths could rise as over 50 passengers were travelling in the two buses hit by the landslide at the Mandi-Pathankot national highway in Himachal Pradesh, officials said.

Shimla: Rescue work has resumed this morning a day after at least 46 people were killed and several injured following a massive landslide that buried two government-run buses in Himachal Pradesh's Mandi district, officials said. The number of people killed could rise as over 50 passengers were travelling in the two buses hit by the landslide at Kotpuri near Padhar on the Mandi-Pathankot national highway which was triggered by a cloudburst, they said.

Some other vehicles may also have been hit by the landslide, the officials said. "46 bodies have been recovered and of these 23 have been identified," an official said.

Rescue operations were suspended late evening as there were apprehensions of more landslides, he said. The rescue work will resume today. 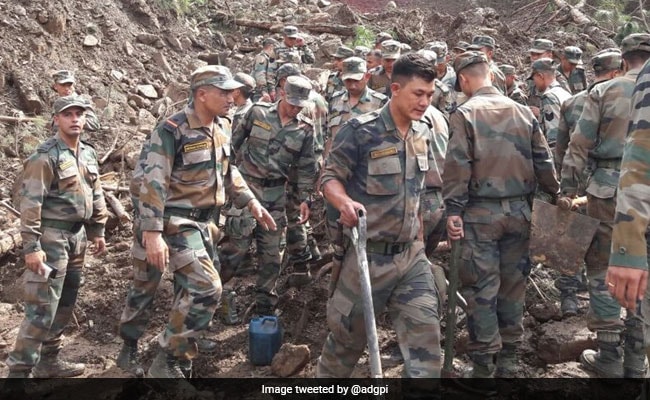 The Indian Army also helped in the rescue efforts in the landslide in Himachal Pradesh.

Teams of the National Disaster Response Force (NDRF), the army and the police were sent and heavy earth-moving machinery called in at the gorge where the two buses lay buried under a heap of debris.

Chief Minister Virbhadra Singh visited the spot and said the rescue operation would continue till the last body was recovered. The state government would bear medical expenses of the injured passengers, he said. Mr Singh also met the family members of the victims. The state government has announced Rs 5 lakh compensation for the family of those killed. 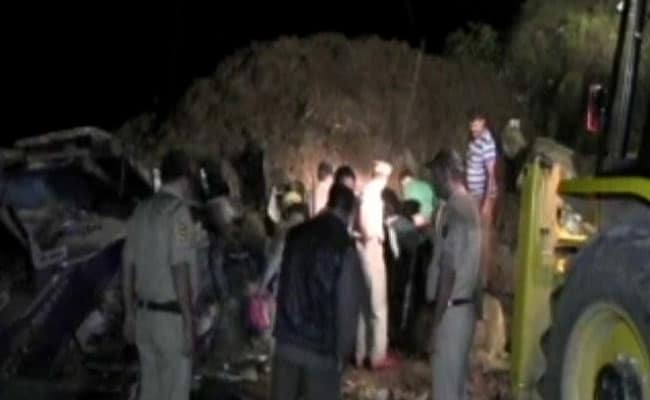 Rescue operations were suspended for the night in Himachal Pradesh's Mandi district.

Pained by the loss of lives due to landslide related accidents in HP's Mandi district. My condolences with the families of the deceased: PM

The massive landslide, covering an area of more than 250 metres, swept away two other vehicles also and damaged some houses.

The highway was closed and hundreds of vehicles were stranded on either side, officials said.

Promoted
Listen to the latest songs, only on JioSaavn.com
DD Sharma, Director, Disaster management, Himachal Pradesh government said that a team of forensic experts had also been called considering that several of the bodies were mutilated.

(With inputs from PTI)​

"Grave Threat To Life": UP Rape Survivor Seeks Transfer Of Case To Delhi