Jagan Mohan Reddy, who led his YSR Congress to landslide victory in Andhra Pradesh, took oath as the Chief Minister of the state today. 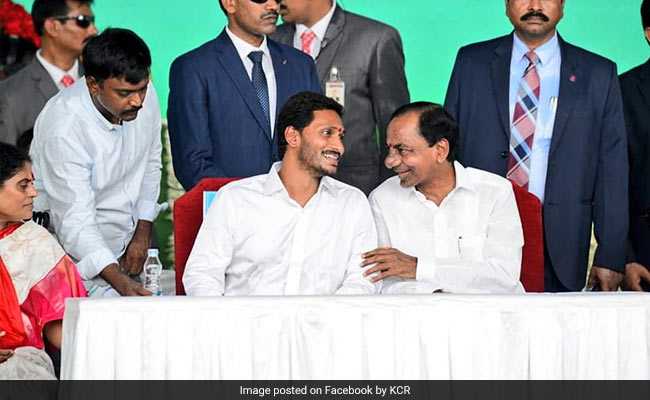 "In the life of the Telugu people, this is a glorious moment. I strongly believe this will be the foundation for people in the two states and around the world to march ahead with mutual love, affection and cooperation," Mr Rao was quoted as saying by news agency PTI.

He also pointed out the issues that the two states needed to work on. "We have a problem over the Krishna water. Every drop of it should be very carefully utilised by the two states. With the available water in the Godavari, every inch of land in the two states should turn fertile. We will extend our full cooperation on this regard," he added.

At the ceremony, the Telangana Chief Minister also had an encouraging message for his Andhra counterpart. "You have the energy, capacity and courage to fulfil that responsibility effectively. You proved it clearly in the past nine years. Though you are young, you derived that energy as a legacy from your father. That will lead you forward," he said.

Two days after Jagan Mohan Reddy's spectacular victory in the Andhra Pradesh assembly elections, he had met K Chandrashekhar Rao to discuss ways in which they could work together for the benefit of both Telugu states. The two leaders decided to work together to amicably resolve all the disputes between the two Telugu states since their bifurcation in 2014.

They also reportedly reached the general consensus that both Andhra Pradesh and Telangana would prosper if the waters of the Godavari and Krishna rivers were used effectively, news agency IANS had reported.

Mr Reddy and Mr Rao had been operating together since before the elections. In case of a split verdict, they had planned to support government formation at the centre by any party that accepted the Andhra special status demand.

Both the leaders skipped the oath ceremony of Prime Minister Narendra Modi that took place in Delhi today evening. They had accepted invitations to the ceremony and were expected to leave for Delhi this afternoon.