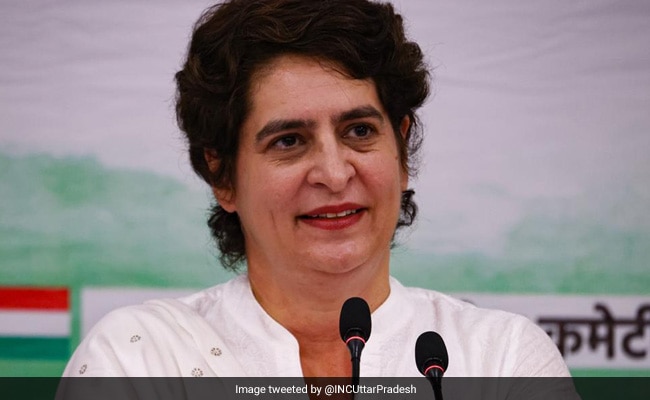 Congress general secretary Priyanka Gandhi Vadra suggested to state party leaders at a meeting here that they should make more use of regional media in their districts for improving connect with people, highlighting the "failures of the BJP-led government" and for creating awareness about party's policies and programmes.

The sources said Priyanka Gandhi's announcement of 40 per cent reservation for women in forthcoming assembly polls in Uttar Pradesh was lauded at the meeting.

They said Priyanka Gandhi urged the leaders to get connected with the regional media in their districts. All Pradesh Congress Committee (PCC) chiefs spoke at the meeting.

With the party seeing factionalism in various state units, Nagaland PCC chief Kewekhape There said "there should be discipline in the party and rules and regulations should be followed".

Punjab Congress chief Navjot Singh Sidhu is learnt to have emphasised the need for "justice" in the case of incidents of sacrilege at Bargari in October 2015 when the Shiromani Akali Dal government was in power in the state.

Sources said Mr Sidhu, who has sought replacement of new state Director General of Police (DGP) and Advocate General(AG), raised the issue at the meeting. The appointments of the new DGP and AG were made after Charanjit Singh Channi was chosen Chief Minister of Punjab following the resignation of Capt Amarinder Singh.