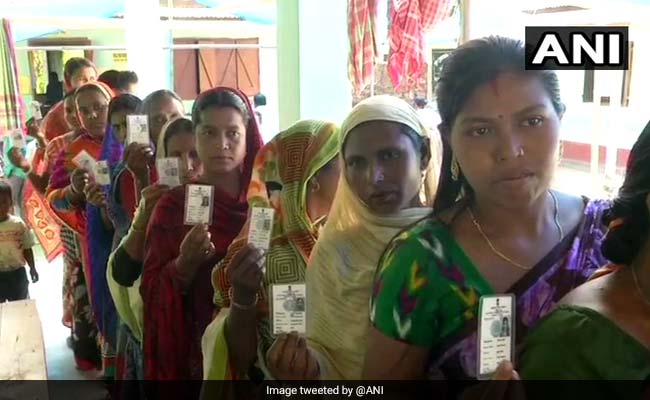 Assembly Elections 2022 Highlights: Votes will be counted on March 10. (Representational)

Former Goa Chief Minister Manohar Parrikar's son Utpal Parrikar, who quit the BJP after not being given a ticket from Panjim constituency and announced he would contest the upcoming assembly election as an independent, has filed his nomination paper from the seat today.

Besides Goa, four other states -- Punjab, Uttar Pradesh, Uttarakhand and Manipur -- are set for polls next month. The state elections will begin on February 10 and culminate with the counting of votes on March 10.

Meanwhile, in Uttar Pradesh, sources said feelers were sent to Rashtriya Lok Dal's Jayant Choudhary over the possibility of an understanding. However, Mr Choudhary tweeted a rebuff: "The invitation is not for me, give it to those 700 farmer families whose houses you have destroyed!!" The RLD leader has worked out an alliance with Samajwadi Party chief Akhilesh Yadav.

Manipur is likely to see a loyalty pledge ahead of elections to protect leaders from switching camps after results are out.

Get NDTV UpdatesTurn on notifications to receive alerts as this story develops.
Jan 27, 2022 22:05 (IST)
Priyanka Gandhi speaks to protesting railway job aspirants in Prayagraj
Congress General Secretary Priyanka Gandhi Vadra on Thursday spoke to students who were allegedly beaten by the police during their protest against alleged irregularities in a railway recruitment exam in Prayagraj. "Priyanka Gandhi Vadra has talked to students taking competitive exams," a party statement issued here said.

During the interaction, Priyanka assured the students that she would raise their voice from all forums.

"Don't get afraid. Ensure that elections are held on your issues of your employment. The government did not give you job but commit atrocities on you and suppress you," Priyanka, according to the statement, said.
Jan 27, 2022 20:54 (IST)

"On January 21 a team from EC raided the TMC party office in Goa at around 11 pm and vandalised hoardings and flexes while the office staff was kept on hold. Our meeting with the Election Commission was regarding that incident. We spoke for 25 minutes", claimed TMC leader and MP Saugata Roy.

"We told the EC that despite being aware of the new TMC office in Goa, vandalisation on their part was not right", alleged Roy. He claimed that earlier there has been an instance of throwing ink on Mamata Banerjee's photo. "Goa TMC in charge Sourabh Chakraborty was forced to get out of the car and searched", he claimed.

Pratapsinh Rane, Goa Election News: Top Goa Congress Leader, Facing Daughter-In-Law, Withdraws From Contest
In a setback to the Congress ahead of the Goa election, one of its top candidates, Pratapsinh Rane, has decided to withdraw from the contest, which would have pitted him against his daughter-in-law.
Jan 27, 2022 15:43 (IST)
Mayawati, Akhilesh Yadav's Parties Stand For Casteism, Dynasty: Amit Shah
Ahead of Uttar Pradesh Assembly elections, Union Home Minister Amit Shah on Thursday drew a comparison of BJP with Bahujan Samaj Party (BSP) and Samajwadi Party (SP), and said that unlike them, BJP does not work for one caste or dynasty. "It works for entire society," he said.

Addressing the 'Effective Voter Communication' program in Mathura, Mr Shah said, "Before the BJP government, UP saw SP and BSP governments for a very long time. BSP and SP stand for casteism and dynasty," he added.
Jan 27, 2022 14:06 (IST)
Mayawati's Party Gives Ticket To 6 More Candidates For Phase 2 Of UP Polls
The Bahujan Samaj Party (BSP) on Thursday released the second list of candidates for the second phase of the Uttar Pradesh Assembly elections. In the list, six candidates have been given tickets. Moolchandra Chauhan will contest from Dhampur Vidhan Sabha, Mohammad Rizwan from Kundarki, Yusuf Khan from Nawabganj, Shalini Singh from Faridpur South, Brahmanand Sharma from Bareilly, Chandraketu Maurya from Dadraul. (ANI)
Jan 27, 2022 13:56 (IST)
Goa Chief Minister Pramod Sawant Files Nomination From Sanquelim Constituency
Goa Chief Minister Pramod Sawant today filed his nomination papers from the Sanquelim Assembly constituency. Mr Sawant expressed confidence of winning from Sanquelim with a "big margin". Addressing the media, the Chief Minister said, "Once again I've filed nomination from Sanquelim constituency. BJP will win the constituency with a big margin and I will be elected from here again." "The workers and I are confident. We are coming back to power in Goa in 2022 with 22 plus seats," he added. (ANI)
Jan 27, 2022 13:38 (IST)

Snubbed By BJP, Manohar Parrikar's Son Contests Goa Seat Independently
Utpal Parrikar, the son of former Goa Chief Minister Manohar Parrikar, has joined the race for his father's constituency Panaji as an independent candidate after the BJP denied him a ticket. Read here.
Jan 27, 2022 13:29 (IST)
"Taken UP Away From 'Parivaar-vaad' And 'Jaati-vaad'": Amit Shah In Mathura
Amit Shah in Mathura: "India cannot progress unless UP - with 200 million people - is not progressing. It is your trust and faith in us that UP is progressing today. It is UP that will decide India's destiny. We have taken criminals and gangsters to task and put them behind bars. We have taken UP away from the 'parivaar-vaad' and 'jaati-vaad' and focussed on development - and you all can see it for yourselves. There was a time when gangsters and criminals were feared such that even the police would fear them. Women and young girls feared venturing out. But that has changed now. The gangsters and criminals are so fearful of the police now that they are surrendering voluntarily - that too with a 'patta' around their necks."
Jan 27, 2022 13:25 (IST)
Ex-Goa Chief Minister Withdraws From Polls After BJP Fields Daughter-In-Law Against Him
Goa Congress leader and former Chief Minister Pratapsinh Rane says he is withdrawing from contest. The BJP has fielded Mr Rane's daughter-in-law against him. Mr Rane claims he is withdrawing from contest because of age and not family pressure. Mr Rane's son Vishwajeet is a BJP minister.
Jan 27, 2022 13:21 (IST)

Jan 27, 2022 13:16 (IST)
Amit Shah Campaigns In Mathura Ahead Of UP Polls
Amit Shah in Mathura: "Due to the Election Commission's order on smaller gatherings due to the Covid situation, I would like to say we respect that order and have decided to reach out to you all in small gatherings as allowed, as well as reach you all by taking our message door-to-door.
I want to personally thank each one of you here in Mathura because be it in 2014, 2017 or 2019, only the 'Kamal' (Lotus) has been seen here - thanks to you all.
You have helped strengthen UP. In fact, across UP, I thank all the people of UP who have helped bring a change for the better in UP." 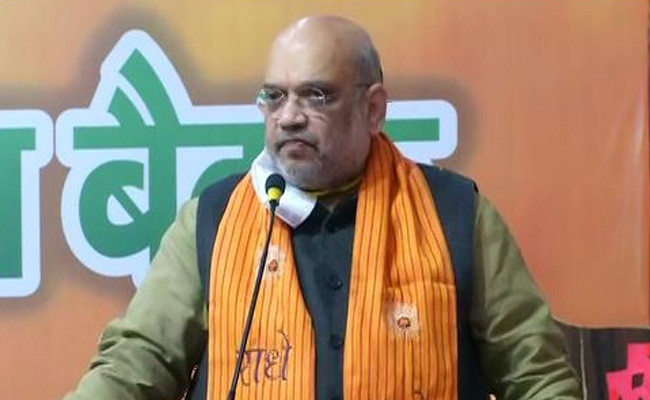 Krishna Janmabhoomi In BJP's West UP Push, Amit Shah In Mathura Today
UP assembly election 2022: The BJP's focus today in the Uttar Pradesh campaign is Mathura, one of the three key temple towns after Ayodhya and Varanasi. Read here
Jan 27, 2022 13:09 (IST)
Jat Leader Jayant Chaudhary Says He Is Not Switching Sides
Jat Leader Jayant Chaudhary of Rashtriya Lok Dal said in Muzaffarnagar that he is not switching sides. "They know I will not flip, It is the public they are scared of," he said. His remark comes a day after sources said feelers were sent to him following Amit Shah's meeting with Jat leaders. He had rebuffed saying: "The invitation is not for me, give it to those 700 farmer families whose houses you have destroyed!" The RLD leader has worked out an alliance with Samajwadi Party chief Akhilesh Yadav. 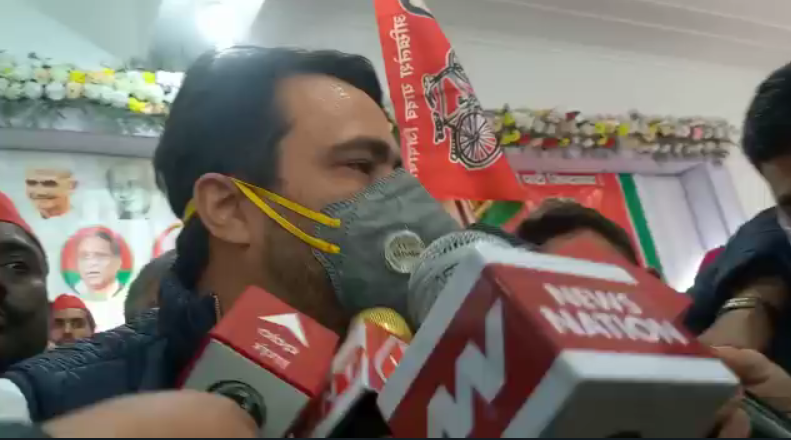 LEADERS stand with their people despite challenges, COWARDS run away from a fight.@BhagwantMann contested unsuccessfully against @officeofssbadal from Jalalabad in 2017, but now Kejriwal's puppet has fled to Dhuri.Challenge him for another round from Jalalabad if he has the guts.

Jan 27, 2022 11:48 (IST)
Elections 2022: Top BJP Leadership To Campaign In Western Uttar Pradesh Today
The BJP's top leadership is set to campaign in western Uttar Pradesh today. Union Home Minister Amit Shah will campaign in Mathura while Chief Minister Yogi Adityanath will be in Bijnor. Mr Shah met Jat leaders of western UP in Delhi yesterday.
Western UP, which has over 100 assembly seats, will go to polls in the first three phases of the election. The BJP is fighting an "unpopularity" perception in western UP following anti-farm laws protest. In 2017, the BJP had a 76% strike rate in western UP seats.
Jan 27, 2022 11:43 (IST)
Security Tightened In Manipur Capital As BJP Set To Release First Candidates' List
Security around BJP headquarters in Manipur's capital Imphal has been increased since last night. The BJP is likely to release its first list of candidates for Manipur today. Security has been tightened in all trouble prone areas despite politicians seeking BJP ticket in each constituency having pledged to support the selected candidates, said Manipur BJP sources. 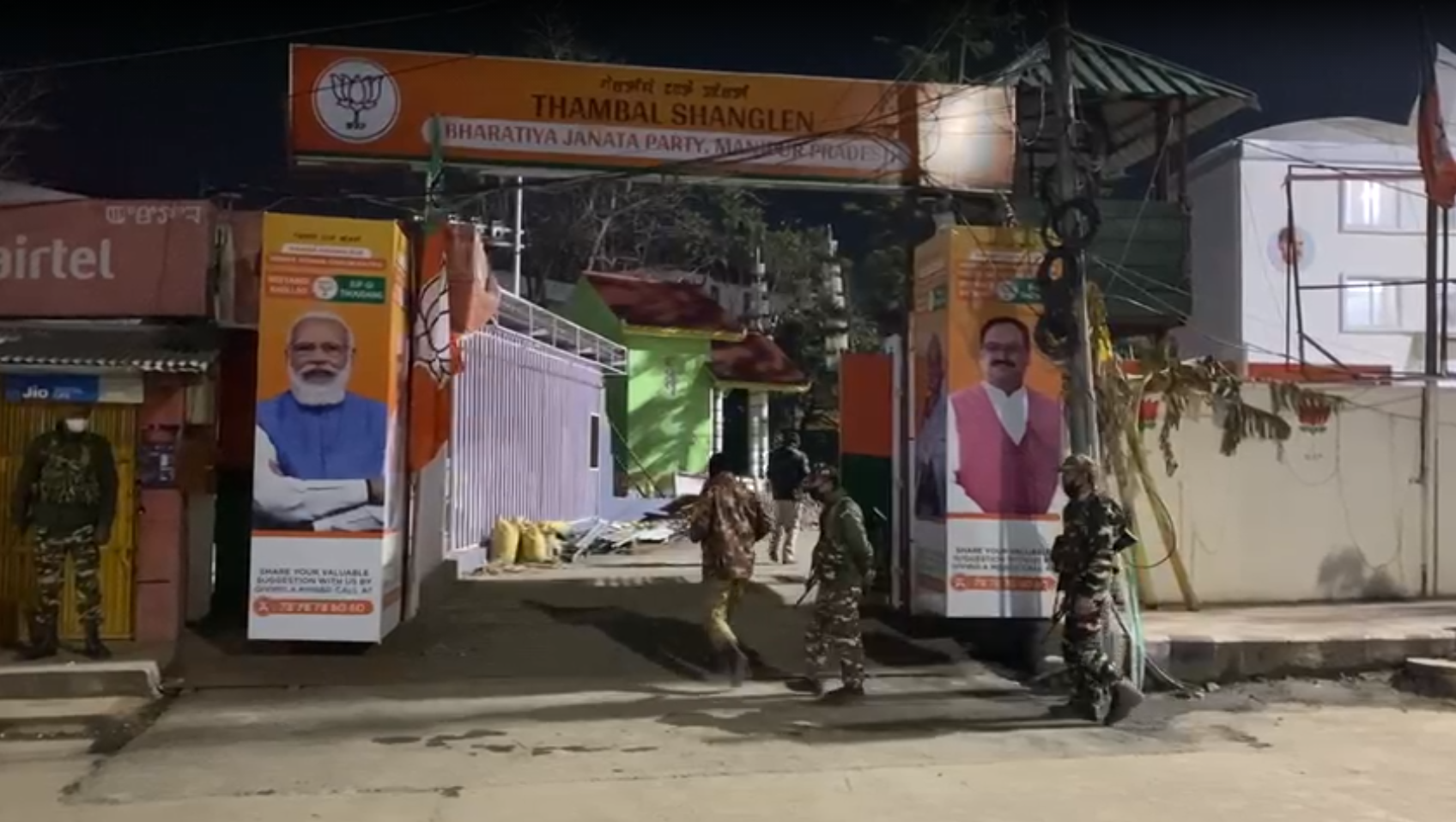