Election Results 2018: The Congress in its poll promises in the three Hindi heartland states had said it will waive the loans of farmers as soon as it comes into power. 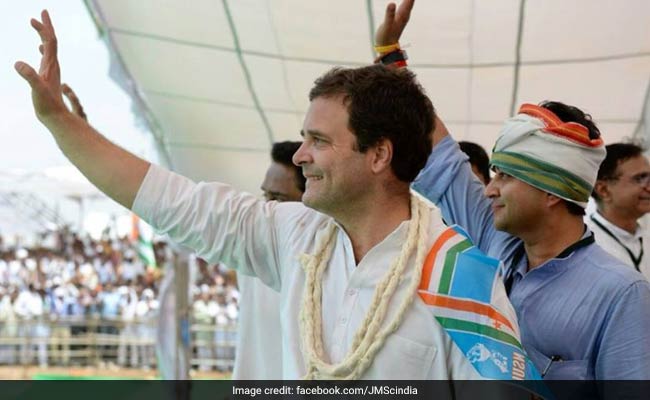 Congress president Rahul Gandhi on Friday said farmers in Chhattisgarh, Rajasthan and Madhya Pradesh will soon get a loan waiver as promised by the party.

The Congress in its poll promises in the three Hindi heartland states had said it will waive the loans of farmers as soon as it comes into power. Mr Gandhi had given the assurance to the farmers in his rallies in the three states.

Addressing a press conference here on the Supreme Court verdict on the Rafale deal, Mr Gandhi said, "There has been a theft of Rs 30,000 crore and farmers, remember that in Chattisgarh, Rajasthan and Madhya Pradesh, your loan is going to be waived."

"This money that has been taken by thieves is your money," he said referring to the Congress' allegation that there was corruption in the Rafale deal.

The Congress is set to form the government in Madhya Pradesh, Rajasthan and Chhattisgarh following assembly polls in the three states.

There is no occasion to doubt the decision-making process in the procurement of 36 Rafale jets from France, the Supreme Court said on Friday and dismissed all the petitions seeking an investigation into alleged irregularities in the Rs 58,000 crore deal.