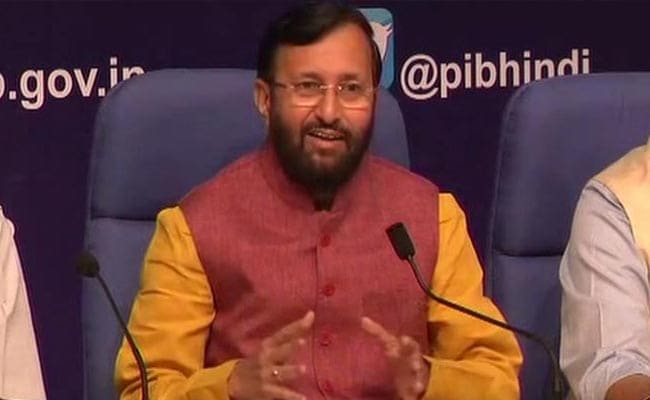 Environment Minister Prakash Javadekar today said that the Centre has taken the assault on a woman forest officer by the brother of a Telangana Rashtra Samithi (TRS) lawmaker in Asifabad district of Telangana seriously.

He made it clear that such an incident "cannot be tolerated".

"We are taking it very seriously because it cannot be tolerated. We as regulators will do whatever is possible," he told the Rajya Sabha.

Ms Anita had gone to Sarasala village to plant saplings on a piece of land allotted for afforestation near Kaleshwaram project in Asifabad on Sunday.

She sustained serious injuries in the attack and was taken to hospital for treatment.

Mr Krishna, along with 13 other accused, were arrested and a case was registered against them, police said. Two policemen were also suspended for their alleged inaction in the case.

The accused TRS leader resigned from the post of Zilla Parishad Vice Chairman.

He had accused the forest department of terrorising adivasi farmers and confiscating their land forcefully.

"I was there to resolve the issue and to ensure justice for tribals as forest officials were destroying their crops in the name of afforestation. I tried to pacify the department authorities but in vain. The attack was not intentional but accidental," he said.

"I strongly condemn the atrocious behaviour of Koneru Krishna, who attacked a forest officer doing her job. He has been arrested and a case has been registered against him. No one is above law of the land," KT Rama Rao had tweeted.