There are over 50 lakh people who belong to the tea garden community.

Bokakhat, Assam: As a teen, Padma Maheli began working as a tea garden worker in Upper Assam's Bokakhat area, spending long hours being whipped by sun and rain; nearly two decades later, she earns a little more than Rs 100 a day. This is not the life she wants for her two young sons.

"The government should make it easy for our children to get jobs. We are educating them undertaking immense hardship," said Padma as she heads to a digital weighing machine a little distance away to  weigh her basket full of plucked tea leaves.

There are over 5 million people who work on Assam's tea estates; most of them trace their adivasi or tribal roots to the Chotta Nagpur region - now Chhattisgarh, Odisha and Jharkhand. They want their youth to find an entry point into middle class society; for that, they believe affirmative action policies must apply to them, which would entitle them to government jobs and university education. 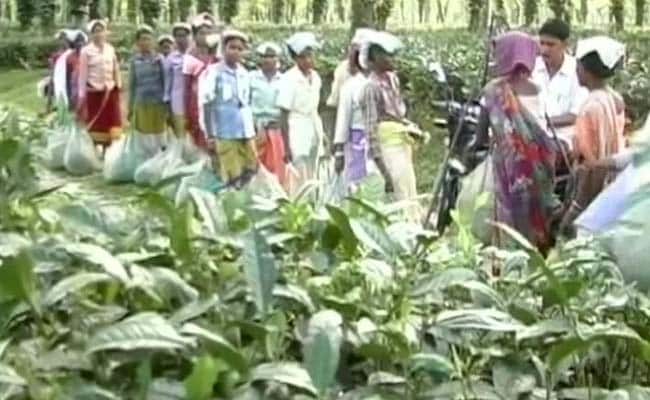 Most of the tea workers trace their tribal roots to the Chotta Nagpur region - now Chhattisgarh, Odisha and Jharkhand.

Tea workers are part of the Other Backward Castes or lower caste groups which are entitled to 27% of state jobs and places in colleges. But they say this is a crowded space, leaving them with a negligible share, and want an "upgrade" to Schedule Tribe status which would reserve some constituencies for them, and give them a larger portion in other quotas.

Assam votes for its next government in just six months.

Tea workers influence or decide nearly 25% of the state's constituencies -and their leaders are getting more vociferous about staking their claim. "The Centre must grant the status of Scheduled tribe to the tea community," said Mukul Das, a 34-year-old leader of the Bharatiya Mazdoor Sangh, a trade union affiliated to the BJP.

For 15 years, Assam has been governed by the Congress government of Tarun Gogoi. In last year's national election, the party lost all three seats in the tea estate region. Its leaders say they will fight for the tea workers' cause, but put the onus on the BJP.

"We hope that the BJP and Prime Minister remember all their poll promises,"said Gaurav Gogoi, the Chief Minister's son and a parliamentarian.