Around 20 people have been arrested so far but reported BJP leader Diban Deka and former top cop PK Dutta, whom the police say are the main accused, remain at large 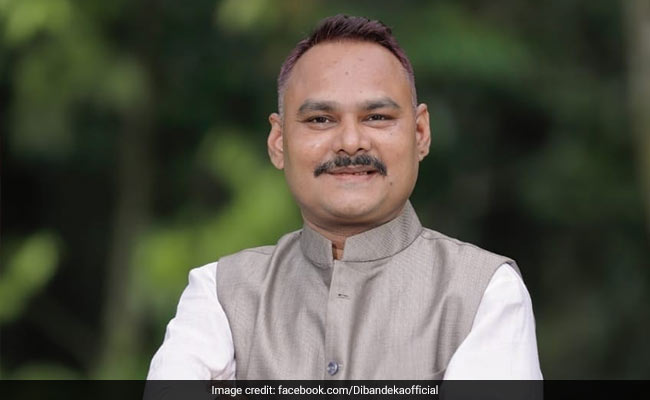 Diban Deka, believed to be a BJP leader, is on the run in connection with an exam paper scam

Assam Police has issued a lookout notice against Diban Deka, believed to be a leader of the ruling BJP, and a former Deputy Inspector General, PK Dutta, in connection with the leak of a question paper for a police recruitment exam.

The exam was scheduled to be held on September 20 but was cancelled minutes after it began, when it was realised that the paper had been leaked on social media.

Around 20 people have been arrested so far but Deka and PK Dutta, whom the police have said are the main accused, remain at large. Assam DGP Bhaskar Jyoti Mahanta has announced a reward of Rs 1 lakh for information on the location of the two.

The police conducted raids at various properties belonging to PK Dutta, including a residence in Guwahati's Hengrabari neighbourhood and the Bhargab Grand Hotel in the Betkuchi area.

"We have found five money receipts to applicants, English and Assamese-language advertisements for the exams and training sessions, and 445 blank admission forms. We also found Rs 5.45 lakh of unaccounted cash from one of the hotels," Surendra Kumar, IGP Assam (CID), told reporters during a press conference at Police HQ today.

Mr Kumar said the raids also found that people registered to take the exam checked in to the hotel on September 19 (a day before the exam) and checked out at 7 AM the following day (the day of the exam).

In addition, a pistol and 40 rounds of ammunition were also recovered; PK Dutta does have a gun license but it expired in March.

Mr Kumar further said that a "disproportionate" amount of property and money had been amassed by PK Dutta and that the cops were working with income tax officials to investigate the matter.

BJP leader Diban Deka, who was once involved in the multi-crore Saradha chit fund scam that is being investigated by the CBI, was earlier spotted in Guwahati's Ganeshguri area. He was seen on CCTV cameras at a mock test for around 50 candidates.

"We have retrieved CCTV footage from the lodge. Staff have already been arrested," GP Singh, the ADGP (Law and Order), said, adding that six had been arrested by the Crime Branch of the Guwahati Police in connection with this case.

Deka, who has identified himself as a national executive member of the BJP's Kisan Morcha on Facebook, said last week that he had uncovered the exam paper leak and tried to alert the authorities but had "left Assam" because he might be "killed" by some of the "big and corrupt officials" of Assam Police who are involved in the scam.

So far a total of 19 have been arrested - four by cops from Lower Assam's Nalbari district and the rest Guwahati Police's Crime Branch and the Assam CID.

The probe by the Assam CID (Crime Investigation Department), along with Guwahati Police's Crime Branch and district police officers, was initiated after the qualifying exams for around 600 Sub Inspector positions - for which 60,000 had applied - was cancelled because of the leaked paper.

Pradeep Kumar, Chairman of the State Level Police Recruitment Board (SLPB) - which was responsible for last week's exam - has said that when he registered the case with the CID both Deka and another person accompanied him.

When asked why Deka was not arrested then, the police said that at that time they were unaware of his involvement.

"His name was not in the FIR. Later it came up that he is also one accused. One thing is assured - Diban Deka will be arrested, today or tomorrow. All involved will be arrested... no one can escape," GP Singh said.

Meanwhile, one of those arrested - Kuldeep Rajbongshi - is also believed to have a close connection to the ruling BJP; over the past few days photos of him with senior party figures have been widely circulated online.

Pradeep Kumar resigned from his post on Sunday after taking moral responsibility for the leak. The exams have been rescheduled for October 25 and Assam Police HQ will oversee its conduct.

Meanwhile, with a view to ensure transparency for future recruitments to Sub Inspector posts, Assam Chief Minister Sarbananda Sonowal reconstituted the SLPB board on Monday, Assam DGP Bhaskar Jyoti Mahanta has been appointed as the new Chairman and the board has been directed to complete the exams for this year by November 20.