Of the Assam hooch tragedy victims, most of them tea garden workers, 90 died in Golaghat and the rest in Jorhat district. 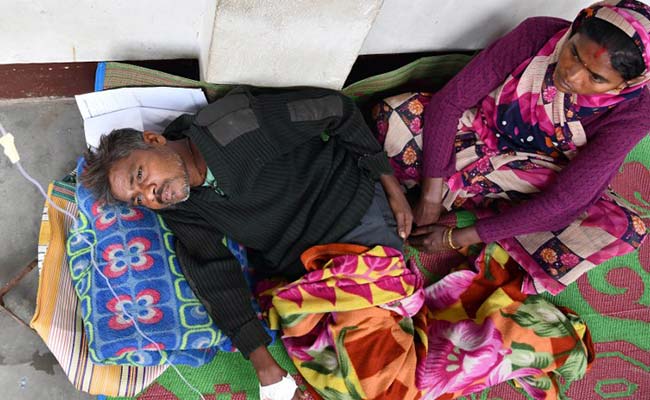 After the unfortunate death of 155 people in possibly Assam's worst hooch tragedy, the National Human Rights Commission issued notices to the state Chief Secretary calling for a detailed report in the matter within four weeks. The Commission also said the report must include action taken against officers, relief and rehabilitation provided to the victims and their dependents along with status of the medical treatment being provided to those who are admitted in hospitals.

Over 160 people are admitted in different hospitals in the two districts. Of the victims, most of them tea garden workers, 90 died in Golaghat and the rest in Jorhat district. District officials have told NDTV that the number of deaths is likely to go up.

The Commission also expects from the Union Home Secretary to issue necessary directions to the Directors General of Police of all states and UTs calling upon them to issue guidelines to enhance police vigil in the affected areas of their states and take strict legal action against the culprits.

Saying authorities had failed to take effective measures against violators of law post the hooch tragedies in Uttar Pradesh and Uttarakhand, the Commission said the illicit liquor has become a serious issue at the national level.

There is widespread public anger and civil society groups, with the victims' families today took to the streets across Assam, demanding strict action against those behind selling and making illicit liquor.

Tragedy struck Thursday night in the tea gardens of Golaghat and Jorhat after a large number of people consumed spurious liquor in Salmora tea estate and in two villages of Jorhat. Chief Minister Sarbananda Sonowal announced compensation of Rs 2 lakh to the families of those who died and Rs 50,000 for those being treated in hospitals.