With the death of one person in Morigaon district, the count in this year's flood and landslides has risen to 123. 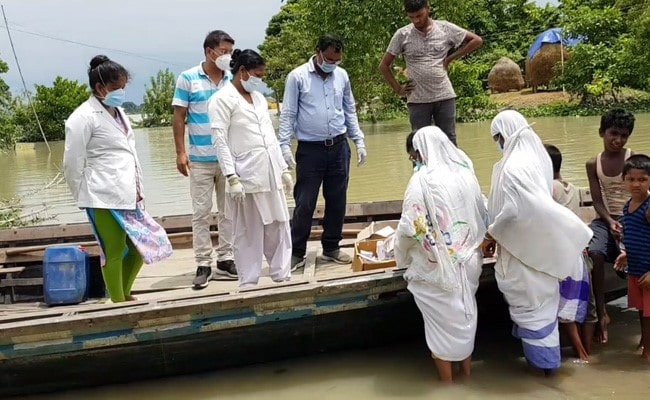 While 97 people died in flood-related incidents, 26 were killed in landslides. (File)

The flood situation in Assam remained grim as one more person died and 26.38 lakh people are affected in 27 of the states 33 districts on Saturday, a government report said.

With the death of one person in Morigaon district, the count in this year's flood and landslides has risen to 123.

The ASDMA said the number of people affected by the deluge has been decreased by over 1.6 lakh since Friday, while that of the district increased by one.

Goalpara continued to be the most affected district with 4.7 lakh people hit by the deluge, followed by Barpeta (4.24 lakh) and Morigaon (3.75 lakh), it said.

Roads, bridges, culverts and many other infrastructure have been damaged at various places in Biswanath, Lakhimpur, Dhubri, Chirang, Nagaon, Jorhat, Barpeta, Majuli districts.

Massive erosions have been witnessed at different places of Biswanath, South Salmara, Chirang and Majuli districts, the ASDMA said.

The district administrations are operating 564 relief camps and distribution centres across 19 districts, where 47,772 people have taken shelter.

The ASDMA bulletin said the floods have so far claimed the lives of 127 animals of different species, while 157 others were rescued in Kaziranga National Park.