The animal had come down in search of food, local media reported. He was later tranquilized by a forest official. 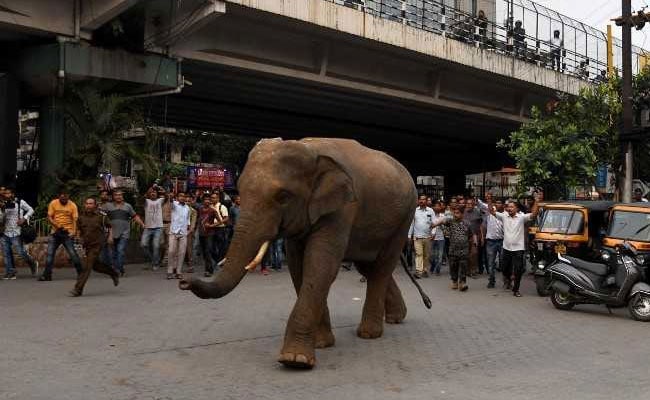 A wild elephant went astray from Amchang Wildlife Sanctuary on into Six Mile in Assam's Guwahati and created panic among the residents today in the evening. For an hour, the animal stalled traffic on the busy GS road lined with shopping malls and many big stores.

The animal had come down in search of food, local media reported. He was later tranquilized by a forest official.

A large crowd gathered to see the animal, as he made way between cars, plodding quietly in the middle of the road. The enthusiastic crowd followed the beast around, clicking pictures and filming the incident on their mobile phones.

Local police and forest guards helped in crowd control dispersed crowd from the footpaths and assured the male elephant was not hurt.

Officials tried to bring the elephant under control by putting up barricades. The animal seemed to be unaffected by the cars around him.

The animal was spotted in the Ganeshguri and Hengrabari areas of the city as well.

As the pressure of population pushes human habitation closer to forests, incidents of wild animals straying into cities is being increasingly reported.