Ashok Gehlot Says Will Test Horse-Trading Audio Tapes In US

"They don't trust the Special Operations Group. We don't trust their CBI. Best to send it to US for tests in forensic labs," Ashok Gehlot told reporters today. 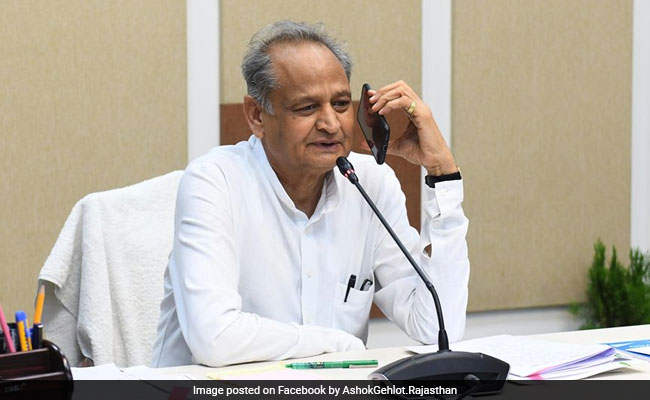 Rajasthan Chief Minister Ashok Gehlot has said the audio tapes that proved the alleged BJP conspiracy to topple his government will be tested in the US for authenticity.

The leaked tapes that were widely circulated on social media allegedly had Union Minister Gajendra Singh Shekhawat conspiring against the Rajasthan government with two rebel MLAs. The rebel leaders and the BJP have alleged that tapes are not genuine and have been made to malign them.

"They don't trust the Special Operations Group. We don't trust their CBI. Best to send it to US for tests in forensic labs," Mr Gehlot told reporters today.

After the tapes became public last week, the Congress suspended Bhanwar Lal Sharma and another MLA, Vishwendra Singh, who were allegedly among those discussing cash transactions with Gajendra Singh Shekhawat.

Claiming that the tapes were fake and he was ready to face investigation, the Union minister said, "The audio doesn't have my voice. If I am called for questioning, I will definitely go".

"The Congress party chief and the Rajasthan government are trying to malign the BJP...They are fighting and are blaming us for it," said party leader Satish Punia.

Mr Gehlot who also wrote to Prime Minister Narendra Modi, naming Mr Shekhawat among BJP leaders involved in deal-making with the it is a "democracy".

Mr Gehlot has accused Sachin Pilot -- who till two weeks ago, was the Number Two in his government -- of being involved in the alleged deals with the BJP. He said he ahs evidence of Mr Pilot's involvement.

Mr Pilot, who was dropped from the post of the Deputy Chief Minister and Congress chief in Rajasthan, has gone to court to challenge the party's move to disqualify him and his loyalist MLAs in court. A verdict is expected tomorrow.

A verdict in Mr Pilot's favour will place the Ashok Gehlot government in a precarious position in the 200-member assembly. Disqualification of Mr Pilot and his 18 rebel MLAs would bring down the majority mark and help it survive a trust vote.