The Iftar was hosted by Sachin Pilot, who is also Rajasthan Congress chief Ashok Gehlot and Mr Pilot sat together and were seen in photos chatting. 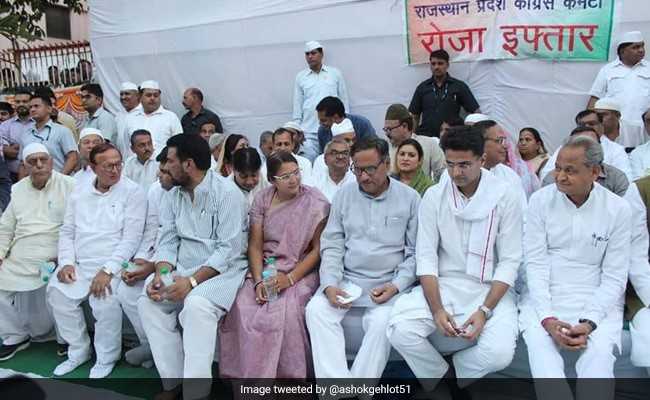 If there was any acrimony over Ashok Gehlot's remarks, it did not show in photos.

Rajasthan Chief Minister Ashok Gehlot and his deputy Sachin Pilot were seen together at iftar parties in Jaipur on Tuesday, on a day Mr Gehlot's comments exposed a raging feud between the two top leaders.

One iftar took place at the Chief Minister's home. The other was hosted by Sachin Pilot, who is also Rajasthan Congress chief. Before the event, the two reportedly held discussions with other ministers in Mr Pilot's office.

Ashok Gehlot and Mr Pilot were seen sitting together in photos each leader tweeted. Their smiles betrayed nothing of the acrimony over Mr Gehlot's comments blaming Mr Pilot for his son's defeat in the national election.

In an interview to ABP News, Mr Gehlot had said: "Sachin Pilot said we would win with a huge majority. He said we have six MLAs (legislators) and we have done very good campaigning there... Sachin Pilot should take responsibility for at least that (Jodhpur) seat." 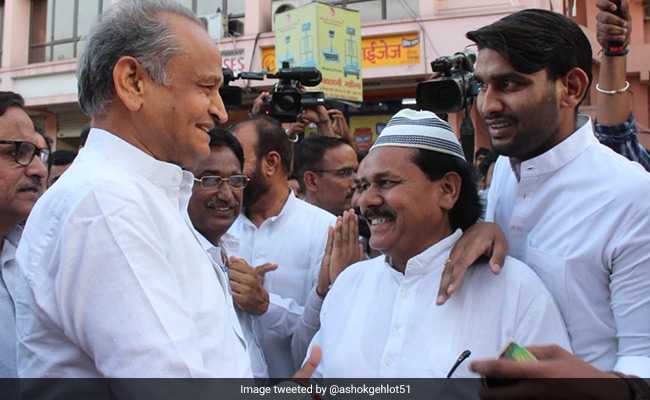 Vaibhav Gehlot lost by 2.7 lakh votes in Jodhpur to BJP's Gajendra Singh Shekhawat, after an intense campaign by his Chief Minister father who is accused by rivals of neglecting all other constituencies and addressing the maximum rallies for his son.

As his comments were splashed across news channels and sites, the Chief Minister said in a tweet that sections of the media were causing trouble by quoting him "out of context".

Both Mr Gehlot and Mr Pilot refused to comment at the iftars. 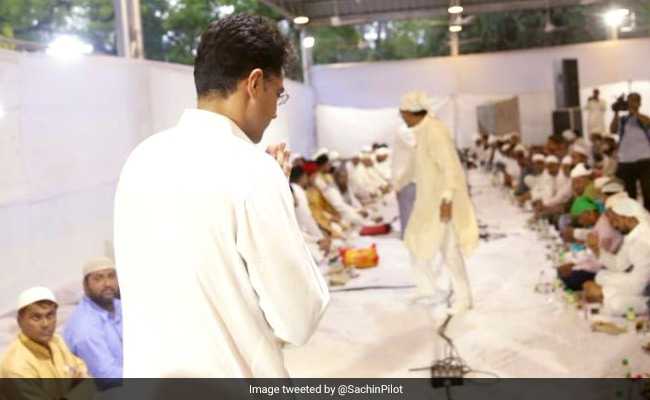 Both Mr Gehlot and Mr Pilot refused to comment at the Iftar.

The two leaders started their working relationship on a rough note in December, after the Congress came to power. Mr Pilot gave up his claim to the chief minister's post after Congress president Rahul Gandhi brokered peace between the two. Mr Gehlot won out after he convinced the leadership that he would be able to deliver good results in Rajasthan in the Lok Sabha election.

But the Congress failed to win even one of Rajasthan's 25 seats and is now left with a widening rift between its top leaders.