Rajasthan had become the first state in the country to fix a minimum educational qualification to contest polls to Panchayati Raj institutions in 2015. 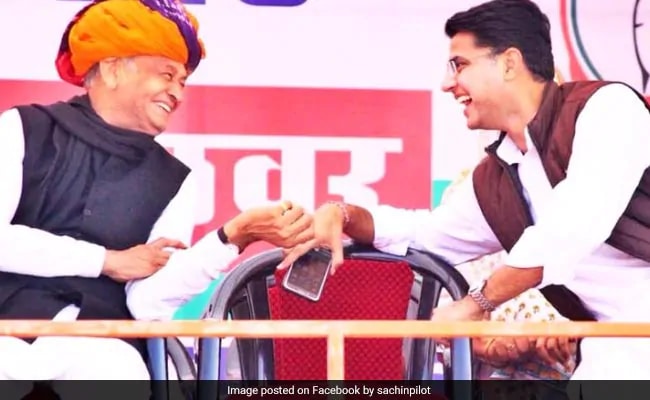 The Ashok Gehlot government will reverse several decisions taken by the previous government.

Weeks after coming to power in Rajasthan, the Congress today decided to reverse the previous Vasundhara Raje government's decision to allow only those with minimum educational qualifications to fight the panchayat and local body elections. It will move an amendment to this effect in the state assembly soon.

Rajasthan had become the first state in the country to fix a minimum educational qualification to contest polls to Panchayati Raj institutions in 2015. The amendments to Section 19 of the Rajasthan Panchayat Raj Act, 1994, also made it mandatory for the candidates to have a functional toilet at their residences.

Then Home Minister Gulab Chand Kataria had said that the Congress was not justified in protesting the move after "failing to provide even basic education" to the people in over 60 years spent in power. Making the toilets mandatory was aimed at promoting Prime Minister Narendra Modi's national cleanliness campaign, he added.

Other decisions by the  Ashok Gehlot cabinet include the "desaffronisation" of education and the removal of a logo featuring RSS ideologue Deendayal Upadhyaya from all circulars issued by government bodies. The Vasundhara Raje government had issued a circular mandating this on December 11, 2017. The government also decided to prioritise the Mahatma Gandhi National Rural Employment Gurantee Act in order to improve create more jobs for the people.

As part as its move to desaffronise education, the government will institute a committee of historians to review the syllabus changes made by the previous administration. The Vasundhara Raje government's decision to give away saffron cycles to students and enforce the surya namaskar at schools across the state will also be reconsidered.

Most of the alleged saffronisation was carried out in history and political science books, with references to Mahatma Gandhi being drastically reduced and Hindutva ideology Veer Savarkar being given more prominence. The Congress, on the other hand, was described as the "nurtured baby of the British empire" in a Class 11 textbook.