Bhagwan Singh Kushwaha says he is not the only one joining Mr Kumar's party. He claims he is taking 35 state level party officers and 1,200 workers with him. 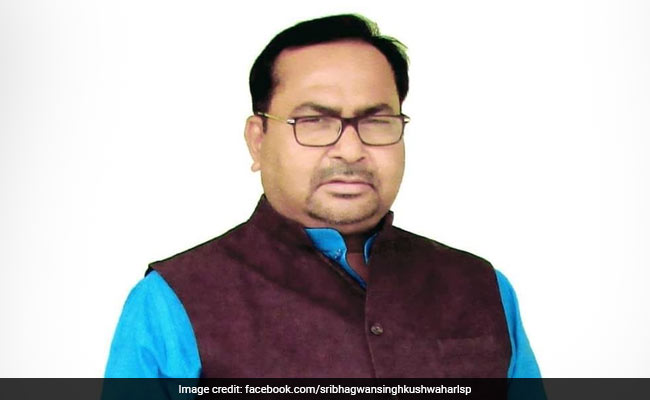 Bhagwan Singh Kushwaha had served in parties like CPI(ML), RJD, JD(U) before (File)

The vice-president of Upendra Kushwaha's RLSP, Bhagwan Singh Kushwaha, has joined ranks with senior party leaders who have sounded a mutiny in the party over its chief's decision to quit the BJP-led National Democratic Alliance. The leader joined Upendra Kushwaha's bitter rival Nitish Kumar's party, the JDU.

However, Bhagwan Singh Kushwaha says he is not the only one joining Mr Kumar's party. He claims he is taking 35 state level party officers and 1,200 workers with him.

"I have left the RLSP and joining JDU with RLSP's 35 state level office-bearers and 1,200 workers after Upendra Kushwaha decided to leave NDA and join UPA," he said at a press conference in Patna today.

Upendra Kushwaha was a minister of state in the Narendra Modi government. After Nitish Kumar dumped Lalu Yadav's party and joined forces with the BJP, his relationship with the senior party leadership soared. Initially, he showed his discontent by attacking Bihar Chief Minister Nitish Kumar. His relationship with the BJP worsened after his party was said to be offered lesser number of seats for Lok Sabha elections than what they had contested in 2014. After months of wavering, he first quit as the minister and then the NDA alliance, a decision that didn't go down well with senior leaders of RLSP. He later joined the anti-BJP opposition block. 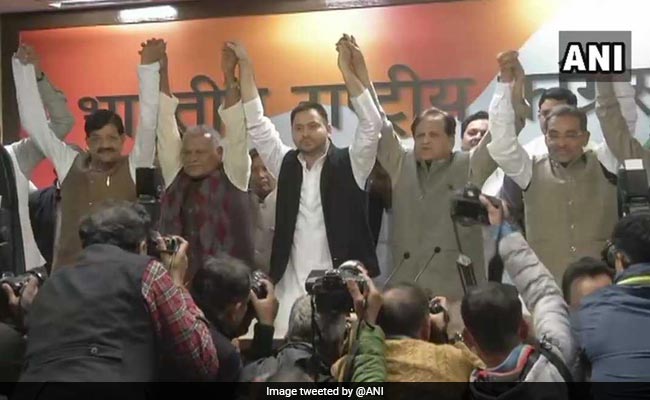 "When I joined the RLSP, my condition was that it should remain with the NDA. What Kushwaha has done (by severing ties with NDA) was not liked by party's rank and file. I tried my level best to ensure that Upendra Kushwaha should remain with NDA but he (Upendra) started feeling unease after Nitish Kumar joined the NDA," he said.

Upendra Kushwaha's party sends three lawmakers to parliament. In Bihar, the party sends two MLAs and an MLC to the state's bicameral assembly. After his decision, the legislators and a parliamentarian from his party have completely defied the RLSP chief. The legislators went as far as to say that they were the real RLSP, and they would approach the Election Commission to stake claims for a takeover.

The BJP that lost N Chandrababu Naidu's TDP and RLSP as allies this year is looking for new partners in the east and the south, party general secretary said on Wednesday. Two of the BJP allies in Uttar Pradesh -- Apna Dal and Suheldev Bharatiya Samaj Party -- have showed discontent.

On the other side of the political spectrum, the Congress has problems of its own. The party was in talks with anti-BJP regional parties for a pan-India alliance. The constituents of the proposed alliance had shown unity on many occasions. But the rift surfaced after MK Stalin proposed Rahul Gandhi as the opposition's prime ministerial face. Several major parties opposed Mr Stalin's proposal, saying the decision would be taken after 2019 general election.