Welcoming her into the party fold, Sena president Uddhav Thackeray has said induction of Nirmala Gavit will strengthen his party in Nashik district in north Maharashtra. 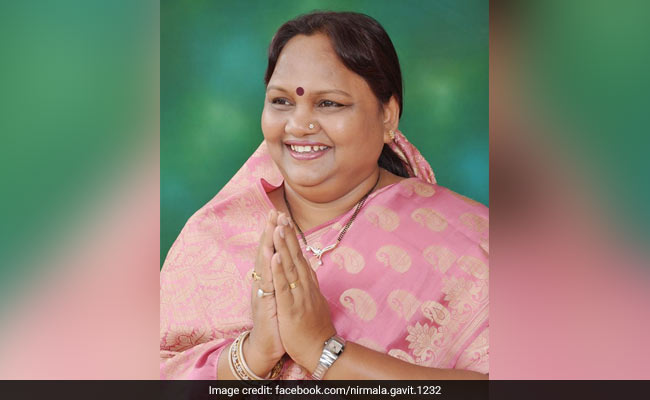 Nirmala Gavit said she was quitting as an MLA to ensure development of the constituency.

After a brief hiatus due to floods, the political pitch in poll-bound Maharashtra has started heating up once again with Congress MLA Nirmala Gavit on Wednesday formally joining the ruling Shiv Sena, a day after resigning as a member of the Legislative Assembly.

Welcoming her into the party fold, Sena president Uddhav Thackeray has said induction of the Igatpuri MLA will strengthen his party in Nashik district in north Maharashtra.

Ms Gavit, daughter of Congress veteran Manikrao Gavit, had said she was quitting as an MLA to ensure development of the constituency.

Ahead of elections, due in September-October, the Congress and the Nationalist Congress Party (NCP) are in disarray in view of a string of desertions, and if sources to be believed Ms Gavit's crossover is certainly not going to be the last one.

Earlier, bigwigs from the NCP including its Mumbai unit president Sachin Ahir, and Radhakrishna Vikhe Patil of the Congress had quit their parent parties to join the Shiv Sena and the BJP, respectively.

Another fence-sitter from the Sharad Pawar-led party who might cross over to the BJP is Maratha royal and Satara MP Udayanraje Bhosale.

Mr Bhosale's clarification that his visit was meant to resolve the issues of flood-related people from Satara has failed to convince political circles.

"It was not a political meeting," he added.

When asked about Mr Bhosale's next move, Ajit Pawar retorted saying, "You should ask this question to Udayanraje Bhosale".

Mr Bhosale's cousin and former NCP MLA Shivendraraje has already joined the BJP which is likely to field him from Satara-Jawli assembly segment.