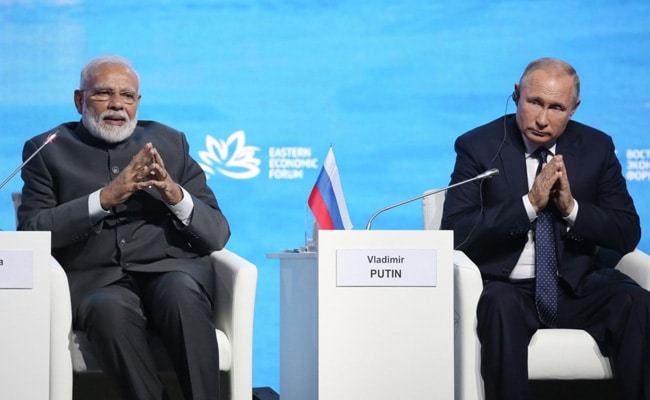 President Vladimir Putin will visit New Delhi on Monday as billions of dollars of Russian weaponry flow into India that would normally attract US sanctions. Eager to draw India into its efforts to contain China, the US may look away this time.

"It looks like Washington turned a blind eye for now since Indian support in the Asia-Pacific region is extremely important for the US," said Ruslan Pukhov, a member of the Russian Defense Ministry's public advisory board. "India sent a strong message to the US that it would not tolerate American sanctions."

India is part of the Quad group with the US, Japan and Australia that is shaping up as a bulwark against China's influence in the Indo-Pacific region. Even as US and North Atlantic Treaty Organization tensions with the Kremlin are running high over a Russian build-up of forces near Ukraine, India is betting President Joe Biden's focus on China will allow it to press on with defense purchases from Moscow.

Russian arms purchases by US allies can trigger sanctions under the Countering America's Adversaries Through Sanctions Act. While the US has "urged all of our allies, all of our partners, to forgo transactions with Russia" involving the S-400 that may trigger sanctions, it hasn't decided on a potential waiver for India, State Department spokesman Ned Price said at a Nov. 23 briefing.

For the Modi government, Putin's visit means more than just bolstering ties that date to the Cold War era. India needs Russia to keep up weapons supplies as it remains locked in its worst border standoff with China. New Delhi also wants more of a role in Afghanistan where Russia along with China and Pakistan remain key players following the Taliban's takeover. 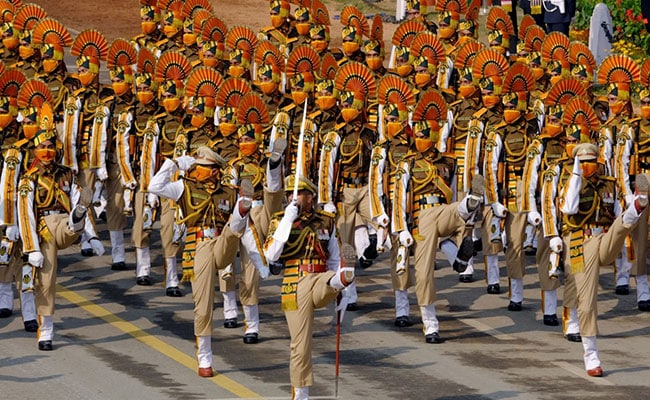 Soldiers march through the ceremonial Rajpath during the Republic Day parade in New Delhi on January 26.

With meetings scheduled between the Indian and Russian foreign and defence ministers, Putin's trip may yield more Indian orders for the Sukhoi Su-30 and MiG-29 fighter jets as well as 400 extra T-90 tanks, India's ambassador to Russia, Bala Venkatesh Varma, told the Tass news service last month. There's an agreement to produce more than 700,000 AK-203 rifles in India, too, he said.

India won't go ahead with a plan to build Russian Ka-226T military helicopters locally under a $1 billion deal, according to senior government officials with knowledge of the matter. Instead, the world's third largest military force might make off-the-shelf purchases as replacements for its fleet of over 320 aging helicopters.

New Delhi may look to ink deals to buy another 5,000 missiles and about 250 single launchers of the Igla-S Very Short Range Air Defense system that India first ordered when its border confrontation with China was at its peak last summer. Still, while Russia remains India's largest weapons supplier, Moscow's share of Indian purchases declined to 56% from 72% in 2015-2019, according to the Stockholm International Peace Research Institute. At the same time, India has increased weapons and technology purchases from Europe and Israel and conducted more military exercises with the Quad nations.

India is also part of a newly emerging partnership between Israel, the United Arab Emirates and the US that plans to cooperate on economic and maritime security in the Middle East.

"The US is not likely to be happy about India's decision to purchase more weapons from Russia, but will wait to see how many of these deals actually materialize," said Akhil Bery, Director of South Asia Initiatives at the Asia Society Policy Institute. "However, the US-India relationship is arguably stronger now, as both sides recognize that China is the biggest geopolitical threat."