AS Dulat served as chief of India's Research and Analysis Wing (RAW) from 1999 to 2000 and was a close aide to then Prime Minister Atal Bihari Vajpayee. 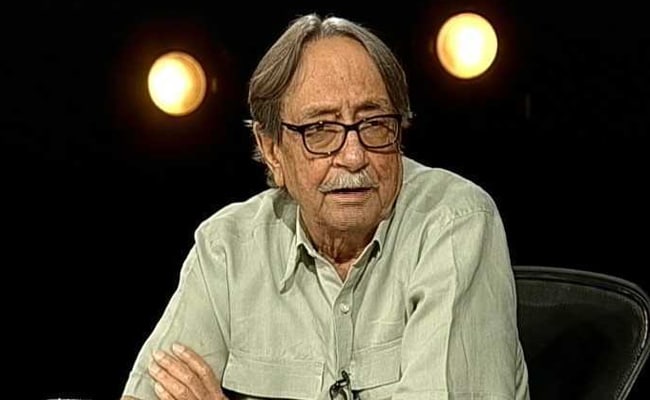 AS Dulat recently wrote a book with his former Pakistani counterpart Asad Durrani.

New Delhi: As the firing along the Line of Control and the international border between India and Pakistan costs lives each day, former Indian intelligence chief AS Dulat has said that New Delhi should invite Pakistan Army chief General Qamar Javed Bajwa for a dialogue to reduce tension and talk peace. Mr Dulat said General Bajwa was making all the "right noises", referring to his April remarks that disputes, including Kashmir, between India and Pakistan can be solved only through peace talks.

"We should invite General Bajwa, the army chief. He has been talking peace and also a lot of our frustration in our dialogue with Pakistan is because we feel frustrated by the armed forces or what we call the 'deep state' -- the ISI or the army. Therefore, why not talk to the army chief directly? He is talking reasonably now. Why not invite the army chief, just an idea," Mr Dulat told news agency IANS in an interview.

India has maintained that it will talk only to the elected civilian leadership in Pakistan and has shunned talking to the Pakistani military, which however controls key decision-making on foreign policy - particularly with respect to India - and security in the Pakistani establishment.

Mr Dulat served as chief of India's Research and Analysis Wing (RAW), the country's external intelligence agency, from 1999 to 2000 and was a close aide to then Prime Minister Atal Bihari Vajpayee on Kashmir affairs from 2001 to 2004.

He recently participated in an unique book of dialogues, "The Spy Chronicles - RAW ISI And The Illusion Of Peace" with his once-rival, former Pakistani spy chief Lt. Gen. Asad Durrani (retd).

Mr Dulat said "not talking to Pakistan is a sort of a handicap" more so at a time when geo-political landscape was witnessing a new churn.

Asked if it was wise to extend an invitation to the Pakistani army chief, particularly at a time when ceasefire violations across the frontier have killed scores of civilians and over 40,000 residents were forced to flee their homes from the border areas in Jammu, the former intelligence chief replied: "Isn't it more reason that we should talk?"
"You are presuming that all these cease-fire violations happen only from the Pakistani side and only our people are suffering," he added.

"There is a their side of the story also, it can't be one-sided. If there is firing from one side, the army or the BSF is bound to respond."

Promoted
Listen to the latest songs, only on JioSaavn.com
The former spymaster also said there was no space for big-brotherly attitude in bilateral relations, suggesting that Prime Minister Narendra Modi should revisit his "hardline stance" against Pakistan.

"The trouble with Modi is, because India is a big country (there is no doubt about it), we want things on our terms but bilateral relationships do not work in this way. We should not ask 'isme mere liye kya hai' (What does it hold for us?)," he said.
Comments
AS DulatIndiaPakistan