'Howdy Modi' event: PM Narendra Modi is scheduled to address upwards of 50,000 people at a sold-out event at Houston's NRG Stadium on September 22, where US President Donald Trump will also visit 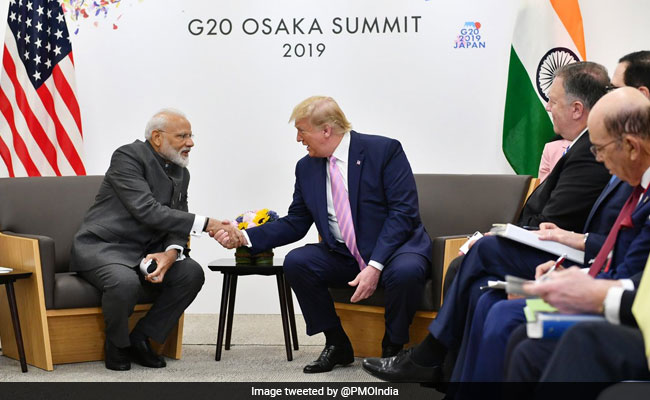 PM Modi is scheduled to address upwards of 50,000 people at a sold-out event at Houston's NRG Stadium on September 22 that's billed by organizers as the largest-ever turnout for a foreign elected leader on US soil.

Energy investors, however, are keenly focused on what happens behind the scenes. A long-running trade war between Washington and Beijing has meant China hasn't imported any American supply since February. The dispute has also put plans for new export terminals at risk. By contrast, India is open to making purchases, and the nation is already the sixth-largest buyer of US liquefied natural gas.

India "has the potential to become an enormous market" for US gas, said Charlie Riedl, executive director of the Centre for Liquefied Natural Gas. "Based on the broader aspiration to move people out of energy poverty and to enhance manufacturing, this all points to emerging opportunities."

The three-hour gathering - branded as "Howdy Modi!" - at the home of the National Football League's Houston Texans is scheduled to include a "cultural program" that will be followed by an address by the Indian leader, according to event organizers. The event comes just weeks after PM Modi sat with Russia's Vladimir Putin to explore shipping Arctic natural gas to the subcontinent.

Did you participate yet?
The deadline is Sept 14 at 11:59pm!
Don't miss this opportunity to extend the most creative and warm welcome to PM @narendramodi
Remember:
1.Include friends and family
2.Wear traditional outfits
3.Tag @howdymodi and use #HowdyModi and #NAMOstepic.twitter.com/FTSb99VjrD

Heightening expectations is the timing of PM Modi's Texas pilgrimage: it will come only a few days after Gastech, one of the world's premier methane-industry confabs.

Still, India has been slower than some other economies to divorce itself from coal, and that may be a hindrance to gas-import arrangements, said Madeline Jowdy, an analyst at S&P Global Platts.

"I am so skeptical of India," Jowdy said. "'I'm not saying that Indian companies can't and won't invest" in gas imports, but coal is entrenched and supports a lot of jobs. 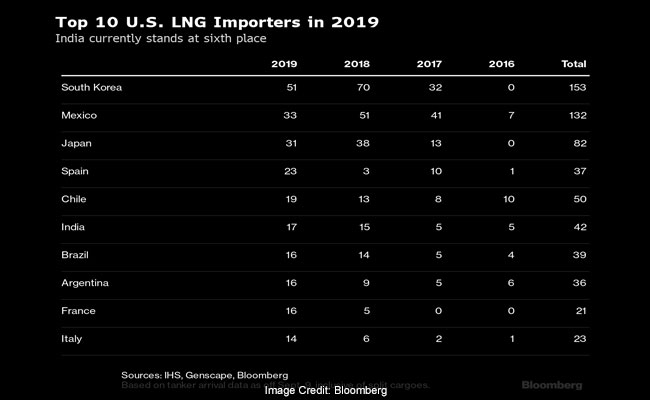 Gail India Ltd was among the early buyers of US LNG

Tellurian Inc., which is developing a $28 billion liquefied natural gas terminal in Louisiana, is optimistic. The company is seeking to finalize a deal to sell an equity stake in the project to India's Petronet LNG Ltd., Chief Executive Officer Meg Gentle said in a September 5 interview in New York. The firms signed a memorandum of understanding in February for the Driftwood LNG terminal.

State-controlled Gail India Ltd was among the early buyers of US LNG, locking in a 20-year contract for supply from Cheniere Energy Inc's Sabine Pass terminal in Louisiana. The South Asian nation took in 4.7 per cent of the LNG that has been exported since early 2016, according to data compiled by Bloomberg.

With assistance from Kevin Varley.