Aryan Khan Case: The images - taken on October 2 - the day the anti-drugs agency raided the cruise ship and arrested Aryan Khan - are from inside offices at the Mumbai Port 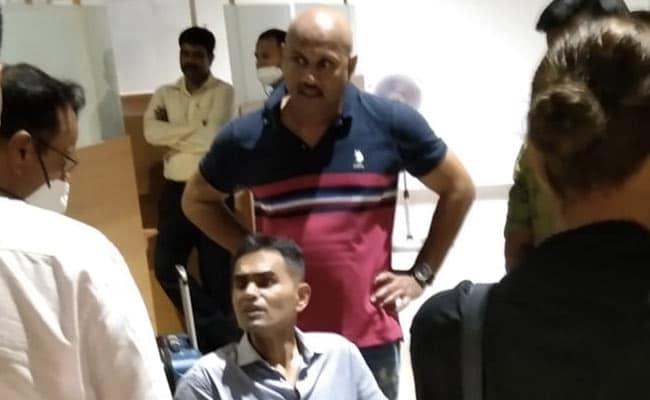 NCB officer Sameer Wankhede - linked to a Rs 8 crore payoff - and KP Gosavi - the agency's 'independent witness' whose unfettered access to Aryan has raised questions - can be seen in pictures that seem to strengthen critics' claims about the Aryan Khan drugs case being a "fake".

The images - taken on the same day (October 2) the agency raided a cruise ship anchored off the Mumbai coast and arrested Aryan Khan and seven others - are from inside offices at the city's port.

They also show Mr Wankhede with Manish Bhanusali - a BJP worker who claimed to have supplied information that led to the raid, and was seen with two of those arrested on the raid night. 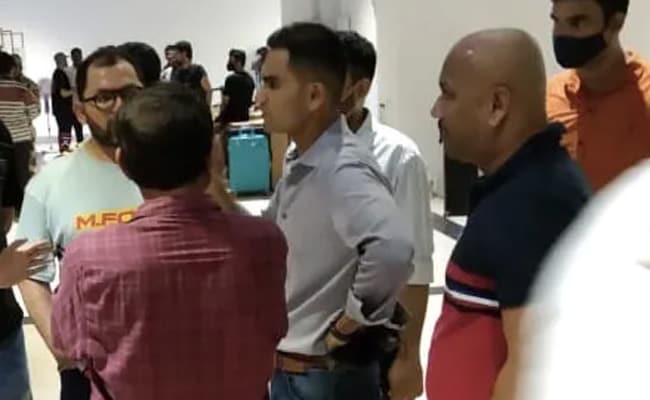 These photographs join others to have emerged from the day of the raid and arrests.

One set showed Mr Gosavi, who claims to be a private investigator, taking a selfie and several videos with Aryan Khan, leading Maharashtra minister Nawab Malik to ask how a 'witness' and a non-employee could have such unrestricted access to someone the NCB claims is "accused no. 1".

Mr Gosavi - who reportedly went missing despite being a NCB witness and had a lookout notice issued against him - resurfaced yesterday declaring he wanted to surrender before police in Uttar Pradesh's Lucknow; he told NDTV this was because he felt "threatened" in Mumbai.

Others showed Mr Bhanusali escorting Arbaaz Merchant (one of the accused) out of the cruise ship terminal. Days later he admitted it was him in the pictures and claimed that he had "information about a drugs party" that he shared with the NCB. "I was there for updated information," he said. 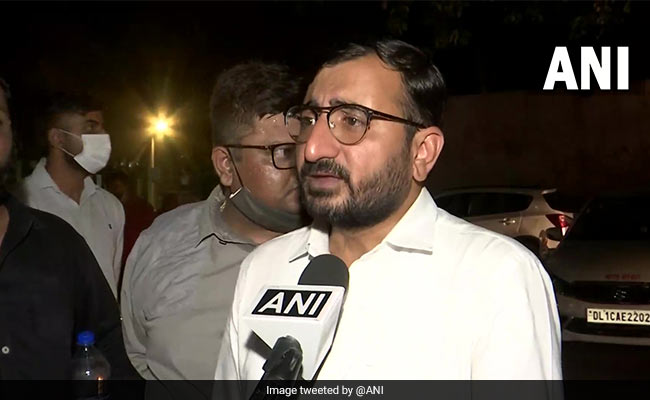 It is still not clear how or why a civilian informant, if that was indeed Mr Bhanushali's role, and a 'witness', Mr Gosavi, were allowed to participate in the raid and interact with those arrested.

The images triggered furious protests from Nawab Malik, who has called the entire case a "forgery" and has launched a relentless attack on the agency officer in charge - Sameer Wankhede.

This morning Mr Malik upped his attack, citing an unidentified agency employee's claim that Mr Wankhede had not followed proper procedure in 26 cases.

Mr Malik has also previously alleged collusion between the NCB and the BJP leaders over this case.

Sameer Wankhede on Sunday was named in an affidavit by a Prabhakar Sail, another NCB witness, and who claims to have overheard talk of a Rs 18 crore 'deal' involving the officer and KP Gosavi.

According to Mr Sail, the 'deal' also involved a Sam D'Souza and Shah Rukh Khan's manager, Pooja Dadlani. Mr Sail is now a 'hostile' witness, the NCB declared in response.

The agency has refuted all claims of impropriety and backed its investigation and Sameer Wankhede, against whom, however, an internal probe has been ordered.

Mr Wankhede, who has hit back at Mr Malik for "an unnecessary invasion of my family privacy" and threatening him with sacking, is in Delhi; he has said the trip is for work and not linked to any charges..