Odd Even Rule: Arvind Kejriwal said, "If there is a kid in school uniform inside a vehicle, they vehicle will be exempt... I will clarify this soon. We have done this before also"

Delhi Odd Even restrictions to control pollution will kick in from November 4 to 15.

Vehicles carrying schoolchildren in uniform are exempt from the Odd-Even restrictions in Delhi that will kick in from November 4 to 15, Chief Minister Arvind Kejriwal told reporters today. On what would happen to people who drive back alone after dropping children to school, Delhi Transport Minister Kailash Gahlot, who sat beside Mr Kejriwal at the press briefing, said the government will give more information later on how exactly this aspect of the Odd-Even restrictions will be enforced.

"Any vehicle that carries schoolchildren would usually run between 7 am and 8 am. So the person must return home before 8 am (when Odd-Even becomes active)," Mr Gahlot said.

Mr Kejriwal added, "If there is a kid in school uniform inside a vehicle, the vehicle will be exempt... I will clarify this soon. We have done this before also." He said violators of the scheme will have to be pay Rs 4,000 - a hike of Rs 2,000 from the last one in 2016.

The Odd-Even programme allows only vehicles whose last digit in their licence plate ends with the corresponding day in either odd or even number sequence to run every other day.

Women who drive alone, or with a child up to 12 years old, are exempt from the vehicle-rationing programme that is aimed at reducing air pollution in the national capital, where the pollutant PM2.5 rises to dangerous levels during winter months. PM2.5 are fine particles that can penetrate the lungs and cause respiratory diseases. 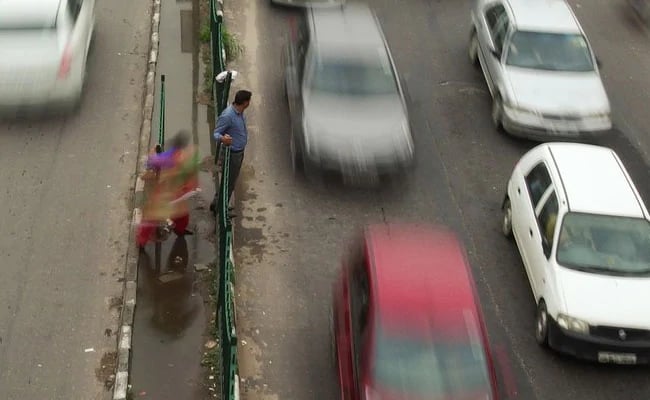 "Two-wheelers are exempt from Odd-Even, which will be enforced between 8 am and 8 pm. It will be eased on Sunday," Mr Kejriwal said, adding pollution in Delhi is due to multiple reasons, including emissions from within the national capital and not just from outside factors such as stubble-burning in neighbouring states.

Vehicles of VVIPs including the President, Prime Minister, Governors, assembly Speakers, union ministers, the Chief Justice of India, Chief Justice of the High Court and embassy vehicles, among others, are allowed to run on days when the Odd-Even programme is in force, according to Mr Kejriwal.

However, Mr Kejriwal said his vehicle and those of MLAs of the ruling Aam Aadmi Party are not exempt and they will abide by the restrictions. Except for chief ministers and Governors, the MLAs of other states are also not exempt.

Last year, two days before Diwali in November, the levels of PM2.5 in south Delhi was at a "hazardous" 644 or over 20 times the safe limit prescribed by the World Health Organisation.

There was visible relief as well as empirical data to show the huge improvement in Delhi's air quality after the first Odd-Even rule was enforced twice in January and April 2016. The experiment was repeated in November 2017 with similar results.