States Fighting Each Other For Covid Vaccines "Bad For India": Arvind Kejriwal

COVID-19 Vaccines Delhi: Arvind Kejriwal's deputy Manish Sisodia had earlier said Delhi will float a global tender for vaccines, while accusing the BJP-led Centre of forcing the states to do so. 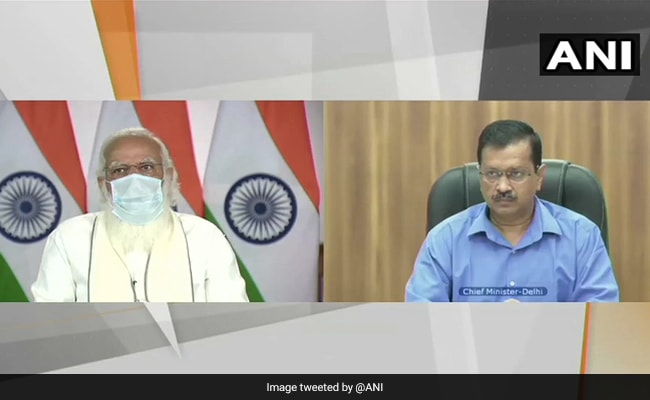 Delhi Chief Minister Arvind Kejriwal today said the fact that the states are left to competing and fighting with one another in the international market for COVID-19 vaccines portrays a "bad" image of India.

The Centre should procure the vaccines on behalf of the states, he said in the backdrop of a shortage of the vaccine doses in Delhi and many other states.

"Indian states left to compete/fight with each other in international market. UP fighting Maharashtra, Maharashtra fighting Odisha, Odisha fighting Delhi. Where is 'India'? Portrays such a bad image of India. India, as one country, should procure vaccines on behalf of all Indian states (sic)," the Aam Aadmi Party chief said in a tweet.

In another tweet, he said India approaching the vaccine-manufacturing countries will have much more bargaining power rather than the states doing it individually. The Indian government has much more diplomatic space to negotiate with such countries, the Chief Minister added.

His deputy Manish Sisodia had earlier said Delhi will float a global tender for vaccines, while accusing the BJP-led Centre of forcing the states to do so.

"Around 100 vaccination centres have been closed down in Delhi as they ran out of their Covaxin stocks," Mr Sisodia had said.

He alleged on Wednesday that Bharat Biotech, which manufactures Covaxin, has refused to provide "additional" doses of the vaccine to Delhi under instructions from officials of the central government.

The Delhi government had placed orders for 67 lakh doses of Covishield and Covaxin each on April 26, he said.