Women will ride for free on Delhi Transport Corporation (DTC) and cluster buses from October 29, which also marks "bhai dooj", Delhi Chief Minister Arvind Kejriwal said at an Independence Day event in the national capital today. The announcement comes a little over two months after the Chief Minister revealed plans to provide women with free rides on the Delhi Metro and DTC and cluster bus services.

"On the day of Raksha Bandhan, I want to give (a) gift to our sisters that there will be free rides for women on all DTC (Delhi Transport Corporation) and cluster buses from October 29, which will ensure their safety," Mr Kejriwal was quoted by news agency PTI.

In June, with Assembly elections due in Delhi next year, Arvind Kejriwal's Aam Aadmi Party (AAP) government had said it planned to make metro and bus rides free for women, in a bid "to encourage them to use public transport" for their safety.

"The government is considering waiving fares for women in DTC buses and Delhi Metro to encourage them to use public transport in view of their safety," he had said at a public meeting.

The announcement came days after the 2019 Lok Sabha election, in which the AAP, which has been ruling Delhi since 2015, lost all seven Lok Sabha seats in the national capital to the BJP. 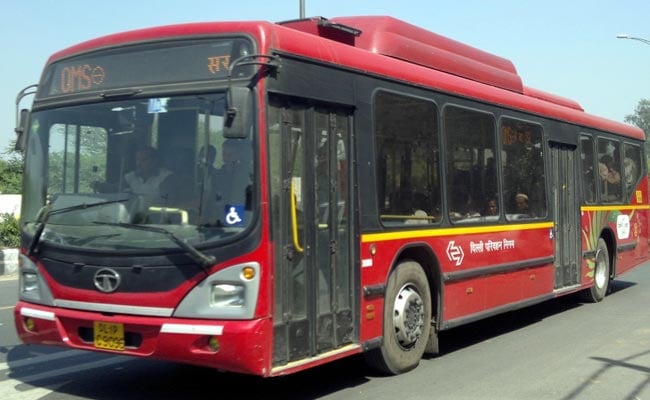 There are over 5,500 DTC and cluster buses operating in the national capital

Mr Kejriwal also said the cost of the progamme - around Rs 700 crore - would be shouldered by his government, adding that those who could afford to buy tickets would be encouraged to do so.

However, Transport Department officials pointed out that while allowing free travel on DTC and cluster buses is feasible, the same is more challenging for the Metro. The Delhi government and the centre are equal partners in the Delhi Metro Rail Corporation, and disagreements over financing may make it difficult to implement Mr Kejriwal's scheme.

In its response to the June announcement, the BJP declared the Delhi Chief Minister had "lost his mental balance".

Metro and bus users took to Twitter to share doubts about the plan. "Metro is from certain point to another point - we have to take auto/bus in the night to reach home," a user pointed out, questioning the logic of free travel on the Delhi Metro.

Women have also been allowed free rides on DTC buses today - on the occasion of "Rakhi".