Arvind Kejriwal's Aam Aadmi Party was known for launching vociferous attacks against opponents that were often criticised as being unsubstantiated.

Arvind Kejriwal had accused Arun Jaitley of corruption during his tenure as boss of the DDCA.

New Delhi: Arvind Kejriwal's Aam Aadmi Party that has accumulated dozens of cases filed against its leaders has decided to start resolving them. For the 20-odd defamation cases pending against them, this implies AAP leaders will apologise, a party leader told NDTV after Chief Minister Kejriwal retracted his allegations against former Punjab Cabinet Minister Bikram Singh Majithia who he had last year accused of being a part of the drug trade in Punjab. Sources said the party is also considering making the apology offer to Finance Minister Arun Jaitley who had sued Mr Kejriwal for accusing him of corruption during his 13-year tenure as the head of the main cricket administration body for Delhi. 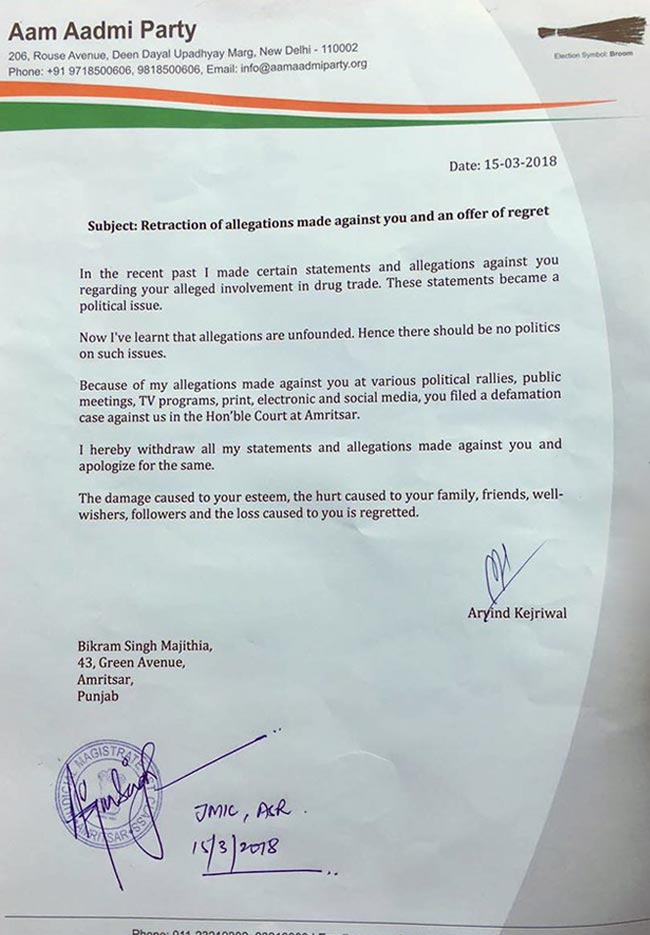