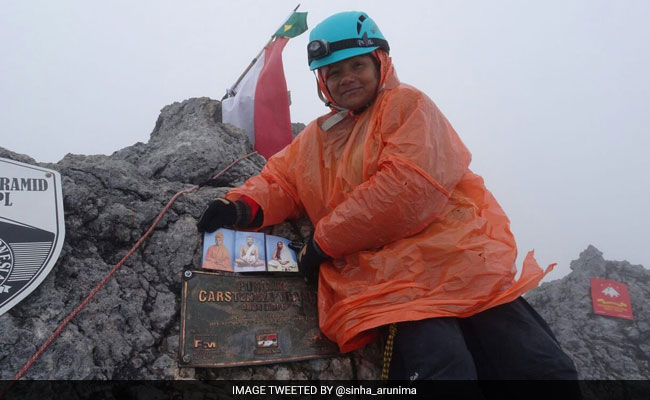 Lucknow: Arunima, the amputee mountaineer who set a record by climbing the Mount Everest, has added another feather in her cap by conquering the highest peak of Indonesia.

The 4484 metre assent to Carstensz Pyramid was a tough one which she managed with her firm resolve, her office said in a press release.

Arunima's aim is to climb the highest peaks in all the continents' and unfurl the Indian flag. She has already scaled five peaks Everest in Asia, Kilimanjaro in Africa, Elbrus in Europe, Kosizko in Australia, Aconcagua in Argentina (South America) besides Carstensz Pyramid (Puncak Jaya)in Indonesia.

Born in 1988, Arunima is the first female amputee to climb Mount Everest.

This is the sixth peak scaled by Sinha who exhibited her grit and determination by successfully scaling the highest Mt Everest in 2013, it said.

She was a national-level volleyball player who was pushed from a running train by thieves in 2011 following which one of her legs had to be amputated below the knee.