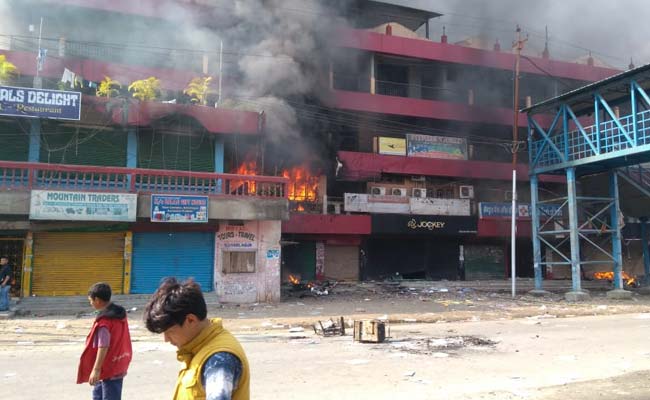 Arunachal Pradesh Chief Minister Pema Khandu on Monday held a meeting with community-based organisations, political parties and students' organisations to work out a peace plane in the state capital Itanagar.

Mr Khandu sought cooperation of all organisations for restoring peace in the state capital. He said there is food shortage, and people in need of medical care are being deprived; businesses, schools and colleges are shut.

He asked the groups to help create a good atmosphere in the city for normal life to resume.

Expressing pain at the loss of three lives, he expressed condolences and said their families will be adequately compensated, including the injured. He announced Rs 20 lakh and a government job for the family members of those who died in the violence, and up to Rs 10 lakh for those injured.

Terming the violence in state capital as unfortunate, the chief minister said there has been a communication gap regarding the PRC issue, which was to be brought up in the assembly session.

At least three people died during violent protests over granting the PRC to six non-Arunachal Pradesh Scheduled Tribe (APSTs) communities living in Namsai and Changlang districts -- Deoris, Sonowal-Kacharis, Morans, Adivasis and Mishings -- and to the Gorkhas living in Vijaynagar.

The PRC matter in the assembly was only for discussion and to make JHPC report on PRC public during short discussion. The matter was no way in the form of a bill or resolution.

Mr Khandu said an inquiry committee to be headed by a commissioner will be formed to investigate the violence.