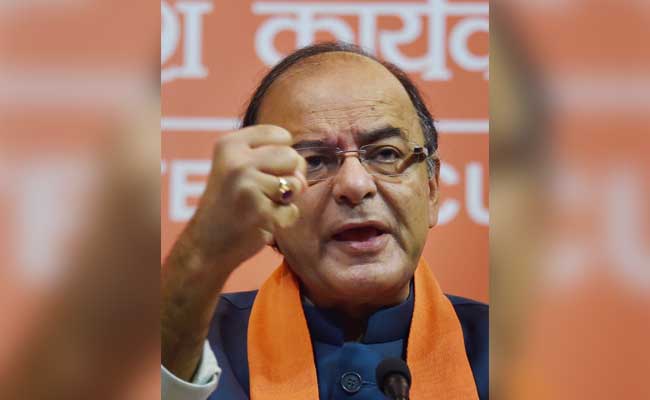 Finance Minister Arun Jaitley said Governor KK Paul had also mentioned that he had "serious doubts" over what happened in the Assembly on March 18. (PTI file photo)

New Delhi: Even as Congress cried foul, the Centre today justified imposition of President's Rule in Uttarakhand, saying the Harish Rawat government was "unconstitutional" and "immoral" since March 18 when the "failed" Appropriation Bill was shown as passed.

"There can be no better example of implementation of Article 356 (imposition of President's Rule)...There was complete breakdown of the Constitution in Uttarakhand," Union Minister for Finance and Information and Broadcasting Arun Jaitley told reporters in New Delhi.

"There were very good grounds for the Union Cabinet to recommend President's Rule in the state... The Chief Minister had lost majority on 18th (of March) and his continuation was unconstitutional and immoral," he said, adding it was the demand of time that the government should have been dismissed.

While referring to March 18, he said in the 71-member Assembly, 67 members, excluding the Speaker, were present out of whom 35 wanted division of votes on the Appropriation Bill.

The division of votes was sought in writing in advance by the 35 members who also voted against the Bill, despite which the Speaker showed the legislation as passed, Mr Jaitley said.

"The Speaker said in writing that 'the division was sought but I treat the bill as passed'... This is for the first time in the history of Independent India that a bill is shown as passed even when it has been defeated. That was the first violation of the Constitution," said Mr Jaitley.

The Appropriation Bill empowers the government to draw funds for expenses from April one and if it is defeated on the floor of the House, the government has to resign.

Among other reasons cited for dismissing the Rawat government were attempts to "change the composition of the Assembly", "allurements" allegedly offered by the chief minister and long-time given to him to prove his majority.

Mr Jaitley said Governor KK Paul had also mentioned that he had "serious doubts" over what happened in the Assembly on March 18.

The governor had repeated asked the chief minister to convene the Assembly in two-three days for floor test but he deliberately prolonged it by insisting that he would do so only on March 28, Mr Jaitley said.

"He wanted to use the time period for allurement, horse-trading to change the composition of the House...During each of the nine days, provisions of the Constitution were violated," the Union minister said.

Referring to the sting operation against Mr Rawat, he said, "This is the first time that there is hard evidence about horse-trading by a chief minister who has been caught on camera."

Responding to Mr Rawat's allegations that BJP had destabilised his government by resorting to allurements, Mr Jaitley questioned the credibility of the remarks of a person "who himself has been caught on camera offering positions and money".

Mr Jaitley also accused the Speaker of using the Anti-Defection Law discriminately with regard to rebels of BJP and Congress and said he should not stay in office even for a day.

With regard to Congress charge of destablising its governments, the Union minister said it was a crisis created not by BJP but by Congress itself. "There was rebellion in Congress as the party high command had been refusing to even meet their leaders," he said.

Asked about the possibility of Congress hardening its stand in Parliament, particularly with regard to bills like GST, the Finance Minister said, "Congress needs to put its own House in order rather than take revenge on the country."