Arun Jaitley, 66, who died in AIIMS at 12.07 pm was undergoing treatment at the hospital for a few weeks. He was admitted there on August 9. 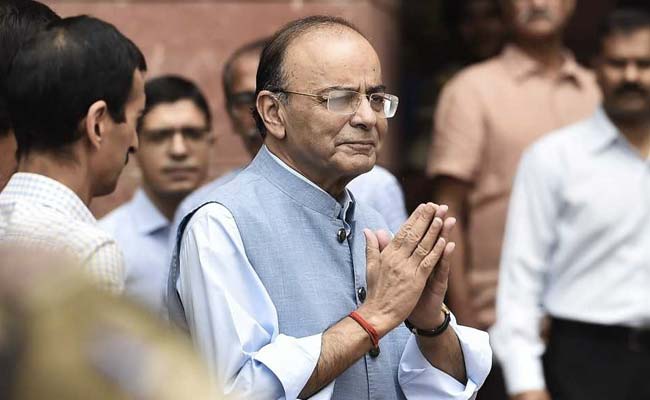 Sonia Gandhi expressed deep pain and distress at the passing away of Arun Jaitley.

Mr Jaitley, 66, who died in AIIMS at 12.07 pm was undergoing treatment at the hospital for a few weeks. He was admitted there on August 9.

Ms Gandhi expressed deep pain and distress at the passing away of Mr Jaitley.

Condoling his death, she said Mr Jaitley had a long innings as a public figure, parliamentarian and minister and his contributions to public life will forever be remembered.

"He was a leader with deep intellect and knowledge, and a voice of reason. He will be dearly missed. My prayers with his family, friends and admirers," he said.

The Congress party said: "We are deeply saddened to hear the passing of Shri Arun Jaitley. Our condolences to his family. Our thoughts and prayers are with them in this time of grief."

The party's chief spokesperson Randeep Surjewala said, "Saddened to know about the demise of Shri Arun Jaitley. My deepest condolences to his family. An astute parliamentarian, he''ll always be remembered. May his soul Rest in Peace."

Senior Congress leader Ahmed Patel said "in Jaitley the nation has a lost an articulate leader and an excellent human being".

Noted lawyer and former union minister Kapil Sibal said he has lost an old friend and a dear colleague.

"Very sorry to learn that Arun Jaitley is no more . An old friend and a dear colleague will be remembered for his seminal contributions to the polity and as FM of India . As Leader of Opposition he was without match . He always stood steadfastly for his friends and for his party," he said.

Rajasthan Chief Minister Ashok Gehlot said, "Deeply saddened to know of untimely demise of former Union minister and senior BJP leader, Sh Arun Jaitley. My heartfelt condolences to his family members. May God give them strength. May his soul rest in peace."

"Deeply saddened by the tragic passing of my friend Delhi Univ senior Arun Jaitley. We first met when he was at DUSU and I was President of St Stephen''s College Union. Despite political differences we enjoyed a healthy mutual respect and debated his Budget often in LS. A great loss for India," he tweeted.