Former finance minister Arun Jaitley was cremated at the Nigambodh Ghat in New Delhi with full State honours today in the presence of leaders from across the political spectrum and many party workers. 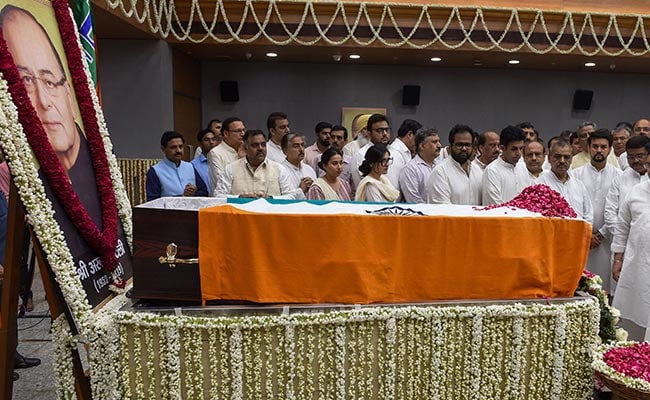 Arun Jaitley died at the AIIMS in the national capital on Saturday. (File)

Former finance minister Arun Jaitley was cremated at the Nigambodh Ghat in New Delhi with full State honours today in the presence of leaders from across the political spectrum and many party workers. The 66-year-old BJP stalwart died at the AIIMS in the national capital on Saturday, where he had been admitted for two weeks. Vice President Venkaiah Naidu, BJP veteran LK Advani, party president and Home Minister Amit Shah, party's working president J P Nadda, and Union ministers Rajnath Singh, Nirmala Sitharaman and Smriti Irani attended the funeral. Congress leaders Jyotiraditya Scindia and Kapil Sibal were also present at the cremation ground. BJP workers queued up in large numbers outside the party headquarters since morning to pay their last respects to the leader.

Aug 25, 2019 18:14 (IST)
The Punjab government will observe state mourning tomorrow as a mark of respect towards former Union finance minister Arun Jaitley, who died in New Delhi on Saturday. "There will be no official entertainment in government offices during the mourning period," said a statement issued by the state government in Chandigarh on Sunday.
Aug 25, 2019 18:08 (IST)
Dalai Lama Condoles Arun Jaitley's Death:
Tibetan spiritual leader the Dalai Lama on Sunday condoled the death of former Finance Minister Arun Jaitley. In a condolence letter written to his wife Sangeeta Jaitley, he said: "As a distinguished attorney and public servant Mr. Jaitley dedicated himself to the service of the Indian people. I applaud his sense of public service. At this sad and difficult time, please know that you and your family are in my thoughts."
Aug 25, 2019 16:09 (IST)
Arun Jaitley Very Impressive As Minister: Shashi Tharoor
Congress leader Shashi Tharoor on Sunday remembered Arun Jaitley, calling him a friend from their college days in Delhi University. "Arun Jaitley and I have known each other since we were students. He was the president of DUSU when I was the president of St Stephens College Student's Union." Mr Tharoor added: "As a minister, he was very impressive. I thought that asking questions to him in Parliament was always rewarding as he gave you serious answers, precisely expressed."
Aug 25, 2019 15:53 (IST)
Japan condoles Arun Jaitley's death:
"On behalf of the Government and the people of Japan, I would like to express my deepest and sincerest condolences to the bereaved family and the people of India. Mr Jaitley's great contribution to elevating our bilateral relationship to a new height, during his tenure as minister of Finance and minister of Defence, will be remembered by the people of Japan. He was a true friend of Japan in India," Japanese envoy to India Kenji Hiramatsu on Sunday said.
Aug 25, 2019 15:45 (IST)
Arun Jaitley's Presence In Parliament Will Be Remembered: Rahul Gandhi
As Arun Jaitley, former Finance Minister and BJP veteran who died on Saturday, was cremated with state honours in Delhi this afternoon, Rahul Gandhi in a letter has said Mr Jaitley's presence will be remembered in Parliament.
In a condolence message to Mr Jaitley's wife Sangeeta, Mr Gandhi said that in his illustrious career spanning over four decades, Mr Jaitley left his mark on politics.
"Although his voice will no longer reverberate within the hallowed portals of Parliament, we will remember his presence," he said in the letter.
"Your family is in my thoughts and prayers. I wish you peace and strength during this difficult time," Mr Gandhi said.
Aug 25, 2019 15:27 (IST)
Arun Jaitley's final rites performed at Nigambodh Ghat. 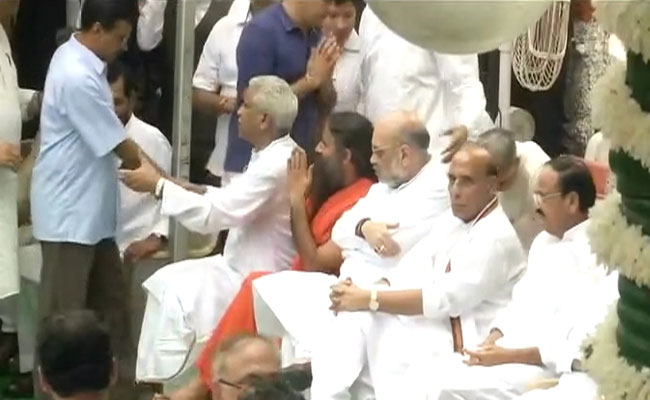 #ArunJaitley being taken to Nigambodh Ghats from the BJP office. Last rites will take place at 2:30 PM.

"It is a big loss for the nation": BJP MP Hema Malini on #ArunJaitley's death pic.twitter.com/XmSX09Zmk1 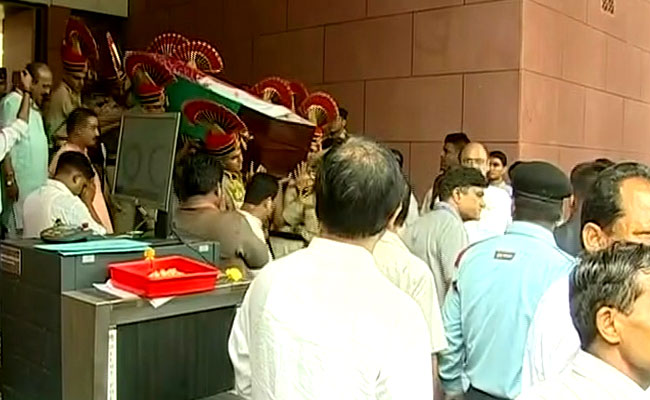 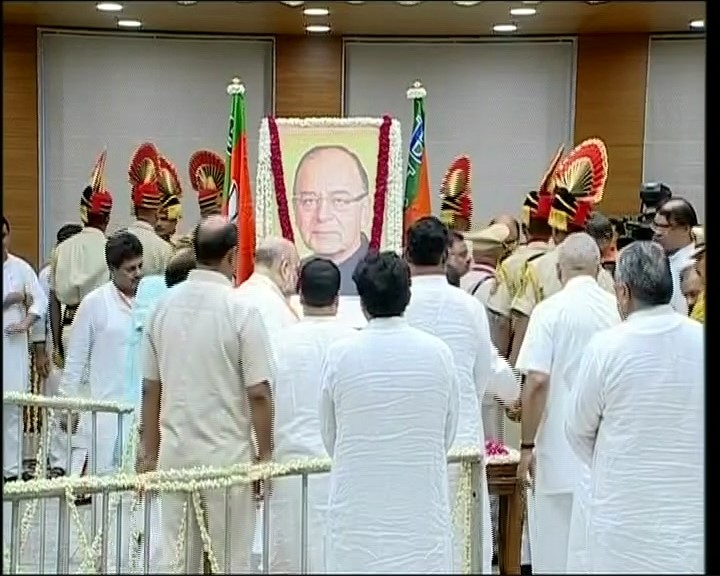 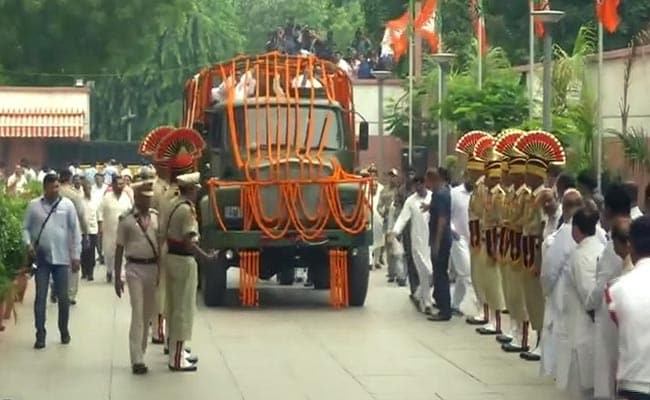 Aug 25, 2019 09:47 (IST)
Arun Jaitley's Body Being Moved To BJP Office In Delhi
His body, which was taken to his Delhi home last evening, is being moved to the BJP headquarters in a decorated gun carriage.

His body will be kept at the BJP headquarters in Delhi today between 10:30 am and 1 pm where party workers and leaders will pay tributes. The last rites will take place at the Nigambodh Ghat at 2:30 pm, the BJP said in a tweet.