Rejecting the charge, senior Congress leader Kapil Sibal said it is an allegation that needs to be proved. 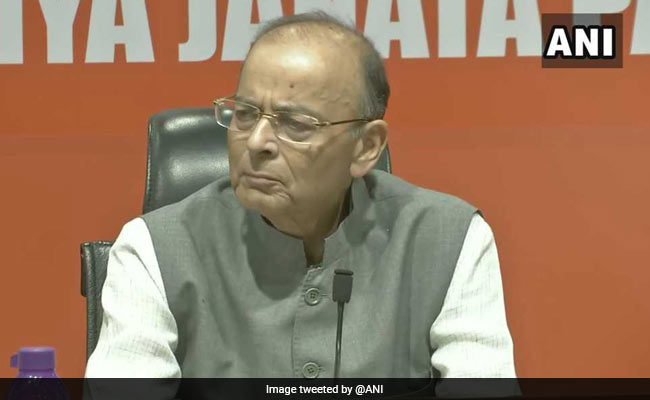 It was an "influence for cash" company, Arun Jaitley alleges

The BJP today attacked Congress president Rahul Gandhi over his alleged link to a defence firm that got offset contract when the UPA was in power and asked the opposition party to respond to what it said is a very serious charge.

Finance Minister Arun Jaitley cited a media report and gave more information that he said he had found out to take a swipe at Mr Gandhi, saying it is story of a man who aspired to be a defence deal pusher and is now aspiring to be prime minister.

Rejecting the charge, senior Congress leader Kapil Sibal said it is an allegation that needs to be proved.

It was an "influence for cash" company, Mr Jaitley alleged, adding that Mcknight was married to a Congress leader's daughter and was part of Rahul Gandhi's "social gang".

In 2009, Rahul Gandhi left the UK firm and the Indian company wound up in 2010 but his partner remained associated with different firms, he said.

Mcknight won an offset contract with a French firm awarded an Indian Navy deal to build submarines, he said.

Hitting out at Mr Gandhi, Mr Jaitley asked, "The question is how will you like now to be judged. You are judging others when there is no evidence. You distance yourself from a shady company launched by you and then your partner gets an offset contract."

In an apparent reference to Mr Gandhi's constant attack on the Modi government over the Rafale fighter jet deal, Mr Jaitley said he himself is a "beneficiary" of an offset contract.

"What was his (Rahul) own role? Did he want to start off as a defence dealer. It is a very serious subject and we will want top Congress leadership to respond at the earliest," he said.

Taking a dig at the Congress president, he wondered if it would have been better had he remain in the defence business and not joined politics.

Seeking a response from Mr Gandhi, Mr Jaitley said the right to silence belongs to accused in criminal cases not to political leaders, especially those aspiring to be prime minister.