"As far as recruitment is concerned, it is a matter of satisfaction that for the past some time there has been a relative decline in the number of youths joining militancy," Lt Gen Ranbir Singh said 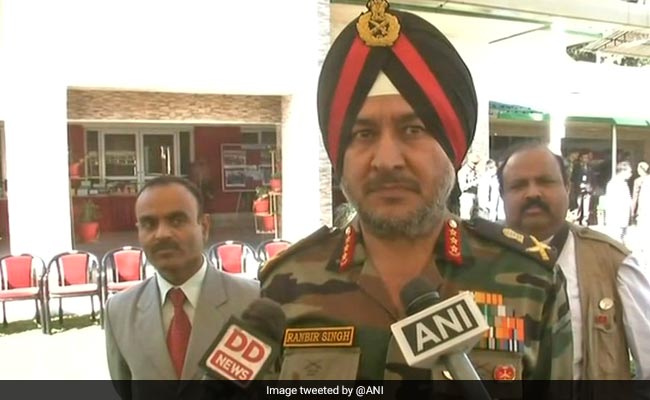 The Army's northern command chief Lt Gen Ranbir Singh today said there is a relative decline in the number of youths joining terrorist groups in Kashmir for the past some time.

However, he said there have been many reports of radicalisation of youths in the Valley.

"As far as recruitment is concerned, it is a matter of satisfaction that for the past some time there has been a relative decline in the number of youths joining militancy," Lt Gen Singh told reporters.

He did not specify the time period.

The trend should continue for some time, he said, replying to a question posed by PTI about the current trend of youths joining militancy.

"There have been a large number of reports of radicalisation of youths," he added.

There have been no reports of any student of these schools being radicalised, he added.

The Goodwill Schools are a part of the Army's civil action programme 'Operation Sadhbhavana' to connect with the local population.

Responding to a question about increasing incidents of terrorism in Jammu region, Lt Gen Singh said there have been some reports of terrorist activities south of Pir Panchal, but they are isolated incidents.

The Army has taken stock of the situation. In most of the cases there are ample leads to follow and arrest terrorist movements in south of Pir Panchal, he added.

The northern command chief said the people of Poonch and Rajouri, mostly the entire area of south of Pir Panchal, have realised the dividends of peace.

They support the security forces to ensure that no terrorist activity takes place, he said.

Speaking about the security of upcoming panchayat polls in Jammu and Kashmir, Lt Gen Singh said the Army would ensure that the elections are peaceful.

He said several rounds of security meetings have been held with the governor and the director general of police.

The force will be able to provide a secure environment so that people can come out and vote freely, he said.