A heavy gunfight started in Jammu and Kashmir's Uri sector after the Army saw terrorists moving in a forest near the Line of Control or LoC. 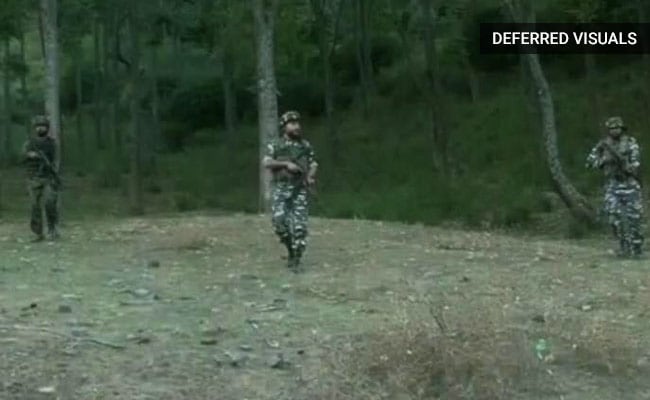 The terrorists were seen moving in a forest in Jammu and Kashmir's Uri sector.

Srinagar: Three terrorists were killed by security forces in Jammu and Kashmir's Uri on Sunday, averting a major attack like the one on an Army base in the same area last year, the police said. Early investigations suggested they belonged to Pakistan-based Laskkar-e-Taiba, they added.

The encounter took place after the Army and police started searches in Kalgai area this morning following inputs about movement of terrorists.

"A cordon was laid and search operation was started in Kalgai area of Uri this morning following information about presence of militants in the area," an Army official said. He said the search operation turned into an encounter after the terrorists opened fire on the security forces early this morning.

A soldier and two civilians were also injured in the encounter. Two residential houses were destroyed in the operation.

Director General of Police SP Vaid said the terrorists were planning a "suicide" attack like the one carried out on an Army base in Uri last year that left 19 soldiers dead and several others injured.

"A big tragedy has been averted. Like the suicide attack on the Army base last year, they (terrorists) had similar plans this time, but the police and the Army got the information beforehand," he was quoted as saying by news agency PTI.

Promoted
Listen to the latest songs, only on JioSaavn.com
On September 18 last year, four terrorists attacked the Army brigade headquarters in Uri, close to the Line of Control, killing 19 soldiers before being killed.