The prime minister's announcement comes four months after the government told the Supreme Court that it was considering granting permanent commission to women army officers recruited through Short Service Commission. 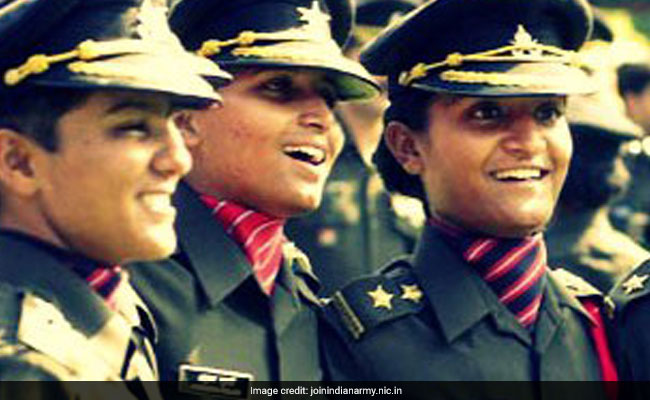 In his address to the nation on Independence Day today, Prime Minister Narendra Modi announced that women officers in India's armed forces would now have the option to take up permanent commission through the Short Service Commission.

However, the Prime Minister didn't elaborate if the government had decided to open all the branches of the defence forces to permanently commission women officers -- an issue awaiting a Supreme Court decision.

"I want to give a good news to my brave daughters -- women officers in armed forces will get permanent commission through a transparent selection process by Short Service Commission," PM Modi said in his Independent Day address from the Red Fort.

He said the move would help women officers get the same opportunities as their male counterparts.

However, there was no clarification on the extent to which women will be allowed in the Army, Navy and the Air Force.

The prime minister's announcement comes four months after the government told the Supreme Court that it was considering granting permanent commission to women army officers recruited through Short Service Commission.

But there is no option as of now to allow women in combat roles like infantry, armoured, mechanised infantry, aviation and artillery.

In May, the central government told the Supreme Court that the armed forces are considering a series of measures to usher in a more "liberal regime" to grant permanent commission to women officers and open new streams of induction for them.

The Defence Ministry said it required six months to formulate modalities and enforce the changes and alterations in the three forces.

"All three wings of the armed forces and the Ministry of Defence are actively considering the issue of parity between male and female officers in securing permanent commission in the armed forces," the ministry said.