Akshay Kumar said earlier this week that he has not visited Canada in seven years. 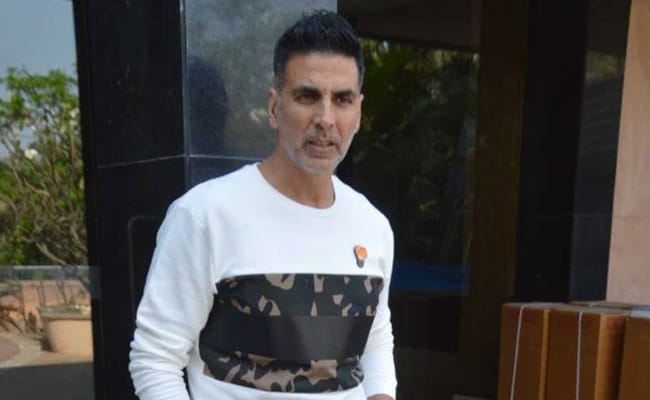 Actor Akshay Kumar, attacked on social media over his Canadian passport days after his "non-political interview" with Prime Minister Narendra Modi garnered headlines, has received support from his Bollywood colleague Anupam Kher. Referring to Mr Kumar's recent tweets explaining his position on the controversy, Mr Kher urged the actor to stop explaining his loyalty to the country.

"Dear Akshay Kumar! Have been reading about you explaining to certain people about your loyalty to our country. Stop it! Their real profession is to make people like you & me feel defensive for talking in favour of India. You are a doer. You don''t need to explain to anybody," Mr Kher tweeted.

Akshay Kumar, known for comedy and action films, has produced and acted in many movies themed around social issues. When Mumbai voted in the Lok Sabha election, his wife had turned up to vote, but he didn't come. Confronted by reporters days after the round of voting, Mr Kumar responded with a curt "Chaliye beta (Move on, son)".

His absence garnered a lot of interest on social media, with many users attacking him over his Canadian citizenship.

Mr Kumar, 51, earlier this week, tweeted a response, saying he has not visited Canada in seven years and that he pays all his taxes in India.

"I really don't understand the unwarranted interest and negativity about my citizenship. I have never hidden or denied that I hold a Canadian passport," Mr Kumar, 51, had tweeted.

"While all these years, I have never needed to prove my love for India to anyone, I find it disappointing that my citizenship issue is constantly dragged into needless controversy, a matter that is personal, legal, non-political, and of no consequence to others," Mr Kumar had added.