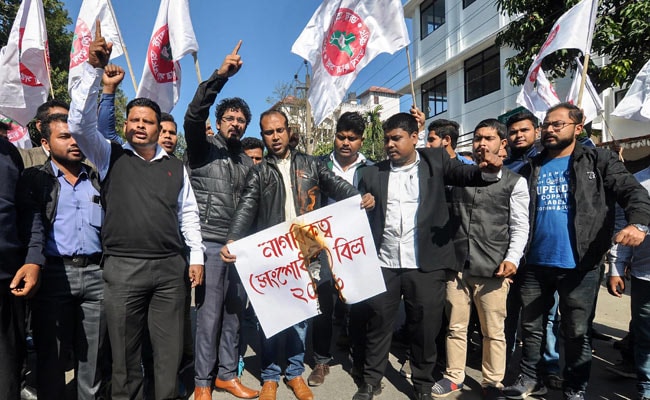 Two influential activist groups from Assam - groups that spearheaded the anti-CAA movement in the state - have come together to form a "third political alternative" ahead of Assembly elections due next year.

The All Assam Students Union (AASU) and the Asom Jatiyatabadi Yuba-Chatra Parishad (AJYCP) are set to promote their political front as an alternative to the BJP and the Congress.

The AASU and 30 other organisations had earlier set up a 16-member advisory panel. On Friday that panel recommended the formation a regional political party, AASU sources said.

The sources also said the proposed new party would be equidistant from both communal and national parties, and would be officially announced on Tuesday.

The AASU led the "anti-foreigner's agitation" in the state between 1979 and 1985, which culminated in the Assam Accord of 1985. The group also promoted the formation of the Asom Gana Parishad (AGP) but, over the past few decades both the AASU and the AJYCP have been largely apolitical.

Interestingly, after the anti-CAA protests the AGP had formed a student's wing - something that irked the AASU, sources said.

Violent protests, led in many areas by the AASU, broke out across Assam in December over the citizenship law, leading to the deaths of at least five people, imposition of curfew in Guwahati and suspension of internet services.

The Citizenship Amendment Act makes, for the first time, religion a test of citizenship. The government has said it will help non-Muslim refugees fleeing persecution from three Muslim-dominated neighbouring countries. Critics have said it violates the Constitution and discriminates against Muslims.