The six policemen were charged under Scheduled Caste and Scheduled Tribe (Prevention of Atrocities) Act, after a complaint by the victim's relative. 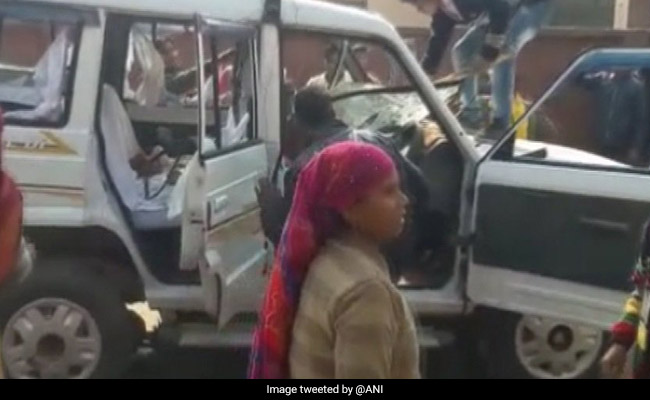 The police registered the case after hundreds people from the victim's village held a day-long protest.

Six policemen were charged with killing a Dalit man in their custody on Wednesday in Uttar Pradesh's Amroha district, said a senior official. The police department has already suspended 11 police officials of the Dhanaura police station for their alleged involvement in the custodial death, said Amroha Superintendent of Police Brijesh Kumar Singh.

The six policemen were also charged under Scheduled Caste and Scheduled Tribe (Prevention of Atrocities) Act, after a complaint of the victim's relative.

Balkishan, a resident of Amroha, had been picked up by the police on Sunday for questioning into a case of the purchase of stolen motorcycle and taken in custody, as per the complaint.

Balkishan health deteriorated on Tuesday night and he was taken to a hospital where he was declared "brought dead".

The victim's wife alleged her husband was beaten to death by the police in custody. The police were also demanding money from her for his release, she alleged.

She has demanded damages for killing of her husband and a job for herself from the Uttar Pradesh government.

The police registered the case against the six police officials after hundreds people from the victim's village held a day-long protest at the nearby national highway, disrupting traffic.

The crowd also damaged several vehicles during the protest, according to sources.