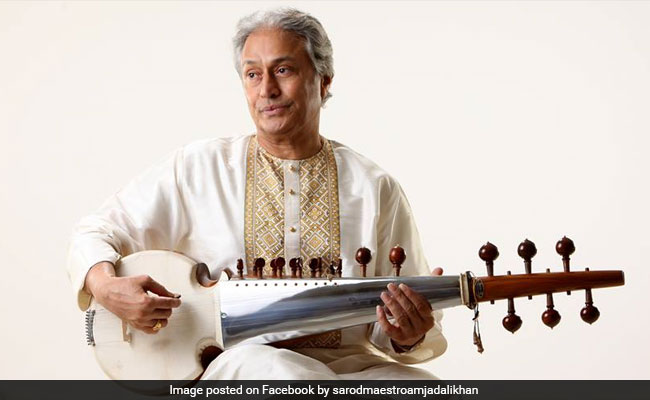 Amjad Ali Khan's request for a UK visa was rejected by the UK government today.

New Delhi: Legendary Sarod maestro Amjad Ali Khan tweeted today that he was "shocked and appalled" that his request for a UK visa had been rejected.

Mr Khan's son Amaan, also a Sarod artiste, told NDTV that British officials had said that his Visa application was "not convincing enough".

When NDTV asked the British High Commission for a comment, an official replied: "We don't comment on individual cases."

In a tweet, Mr Khan, 70, said he was scheduled to perform at the Royal Festival Hall in September.

My UK visa rejected. Extremely sad for artists who are spreading the message of love & peace @HCI_London@MEAIndia@UKinIndia@SushmaSwaraj

In his tweets tagging Foreign Minister Sushma Swaraj and the Indian High Commission in London, the veteran artiste said he had been performing in the UK almost every year since the early 1970s and had also played for Prince Charles.

Performing almost every year in #Ukraine since the early 70s. Upset to have my visa rejected @HCI_London@MEAIndia@UKinIndia@SushmaSwaraj

Earlier today, film star Shah Rukh Khan was detained at the Los Angeles airport, his third such experience in the US in seven years.

The US ambassador to India, Richard Verma, tweeted an apology to the star, who had said in exasperated tweets: "Every damn time!"