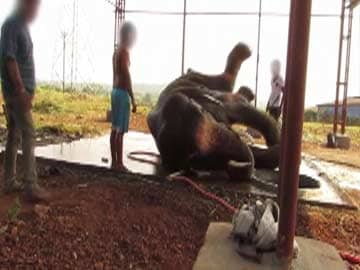 Mumbai: Actors Amitabh Bachchcan and Madhuri Dixit have backed a campaign launched by the People for the Ethical Treatment of Animals or PETA to free a 14-year-old elephant named Sunder, who is kept in chains in a temple in Kolhapur, Maharashtra.

Earlier, former Beatles singer Sir Paul McCartney and actor Pamela Anderson had also lent their support to the campaign. 10,000 petitioners had signed up for the PETA's online campaign to free Sunder.

Promoted
Listen to the latest songs, only on JioSaavn.com
After the uproar, the Maharashtra Forest Department in August had ordered that Sunder should be released into a sanctuary. PETA has now moved the Bombay High Court, claiming the order has not been followed.

The online campaign for Sunder went viral when a video showing caretakers of the temple beating him up with a stick.