Amit Shah Launches GeM Platform, Over 300 Cooperatives On Board 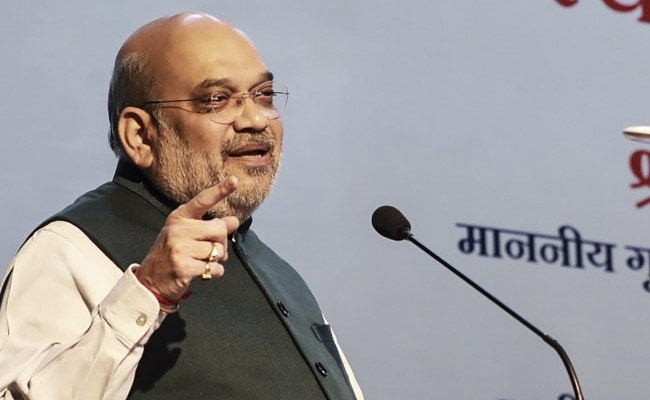 Cooperation Minister Amit Shah today announced that over 300 cooperatives have been onboarded as buyers on the GeM portal to help them purchase goods and services at competitive prices.

In the first phase, all eligible cooperatives, having a turnover/deposits of Rs 100 crore, will be able to start placing orders on the Government e-Marketplace (GeM) portal.

There are more than 8.5 lakh cooperatives in India. On the launch programme, the cooperative societies have been onboarded and enabled as buyers on the GeM.

Major cooperatives that have been onboarded on Tuesday include IFFCO, KRIBHCO, NAFED, Amul and Saraswat Co-op Bank. It is expected that orders worth Rs 25 crore will be placed on the day of the launch.

While addressing the event, Mr Shah said more than 300 cooperatives societies, including 45 multi-state cooperative societies, have been onboarded on the launch.

Amit Shah asked the cooperatives to also register themselves as sellers on the GeM platform as it will provide a huge platform to sell their products to a large pool of government buyers.

The minister also asked cooperatives to change themselves by bringing transparency in their election process, recruitment and purchasing activities.

The government is taking various steps to bring reform in the cooperative sector, such as framing of new cooperative policy, setting up a university for training purposes and establishing of export house, Mr Shah noted.

With the onboarding of cooperatives, he said, the value of trade on the GeM platform will rise significantly.

"Business worth Rs 2.80 lakh crore has taken place in the last six years," Mr Goyal said, adding that the target of Rs 2 lakh crore for this fiscal would now have to be revised with the onboarding of cooperatives.

National Cooperative Union of India (NCUI) President Dileep Sanghani termed it a historic day for cooperatives, saying this would help them in a big way.

In June, the Union Cabinet approved a proposal to expand the mandate for GeM to allow cooperatives to procure goods and services through the portal.

The Cabinet decision enabled the registration of co-operative societies as 'buyers' on the GeM platform.

About 8.54 lakh cooperatives in India with about 29 crore members purchasing goods and services from the open market needed a platform to avail competitive prices through a transparent and efficient process.

Recently, the Cooperation Ministry made NCUI the nodal agency to facilitate the onboarding of cooperatives and coordinating with the GeM authorities.

In the first phase, cooperative societies/banks with turnover/deposits of more than Rs 100 crore as per the latest financial statement and with an A grade audit rating (wherever applicable) are being taken up for onboarding.

NCUI has compiled a list of cooperatives with turnover/deposits of Rs 100 crore and forwarded this information to GeM. As many as 589 cooperatives have been shortlisted as eligible for onboarding.

The GeM has been set up as the national procurement portal to provide an end-to-end online marketplace for central and state government departments/ ministries, PSUs etc for common-use goods and services in a transparent and efficient manner.

According to the cooperation ministry statement, to date, about 61,851 government buyers and around 48.75 lakh sellers and service providers are registered on the GeM and they have listed more than 45 lakh products in over 10,000 products and 288 service categories.

The procurement through the GeM platform will lead to saving of time and reduction of administrative costs for cooperatives.